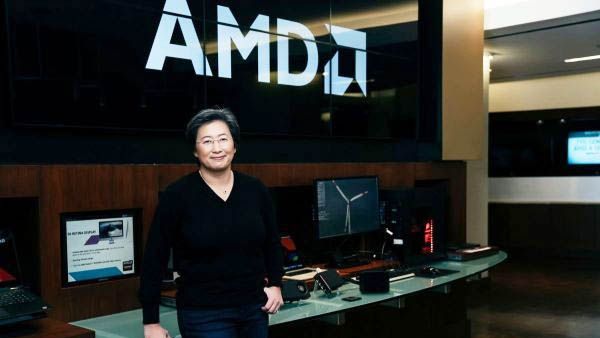 AMD will soon acquire Xilinx, a chip manufacturer that specialises in custom chips, such as FPGAs (field programmable gate arrays) and SoCs (system-on-chips). The deal announced today will see the Ryzen, Radeon, and Epyc chipmaker spending $35bn to acquire the computing company, with a view to expanding AMD’s datacentre and custom silicon portfolio.

With a $35bn price tag, Xilinx is valued close to what Nvidia paid for Arm, a grand sum of $40bn. Nvidia also spent $6.9bn last year on datacentre networking company, Mellanox, which is sure to be a factor in AMD’s decision to purchase Xilinx, as it will also allow AMD freedom to deliver in high-performance computing and datacentre environments with its custom chips.

“Our acquisition of Xilinx marks the next leg in our journey to establish AMD as the industry’s high performance computing leader and partner of choice for the largest and most important technology companies in the world,” AMD President and CEO Dr. Lisa Su says. “This is truly a compelling combination that will create significant value for all stakeholders, including AMD and Xilinx shareholders who will benefit from the future growth and upside potential of the combined company.

“The Xilinx team is one of the strongest in the industry and we are thrilled to welcome them to the AMD family,” Su continues. “By combining our world-class engineering teams and deep domain expertise, we will create an industry leader with the vision, talent and scale to define the future of high performance computing.”

AMD’s focus for Xilinx will be on datacentre technologies, but it also briefly mentions gaming. I wouldn’t get your hopes up for any real change in the gaming landscape as a result of this acquisition, much like how Nvidia’s Mellanox or Arm purchases likely won’t have a huge impact directly, but there’s some potential use for Xilinx’s FPGA and SoC skills for AMD’s embedded and semi-custom stuff—the likes of which it delivers for consoles and some compact PC-a-like prebuilt units.

If the Xilinx deal is profitable, that’s more money in AMD’s back pocket for R&D. So In a roundabout way there’s some gain for us lot.

It seems AMD’s as keen to consolidate as the rest of the tech industry, and it’s no surprise that Xilinx was high on its list—AMD’s CEO is known to be fond of custom-chip manufacturing. Dr. Lisa Su is said to be largely responsible for AMD’s shift beyond PC chips and into console, wouldn’t you know.

The AMD/Xilinx deal is expected to be finalised by the end of next year, and until then the two will operate as separate entities.