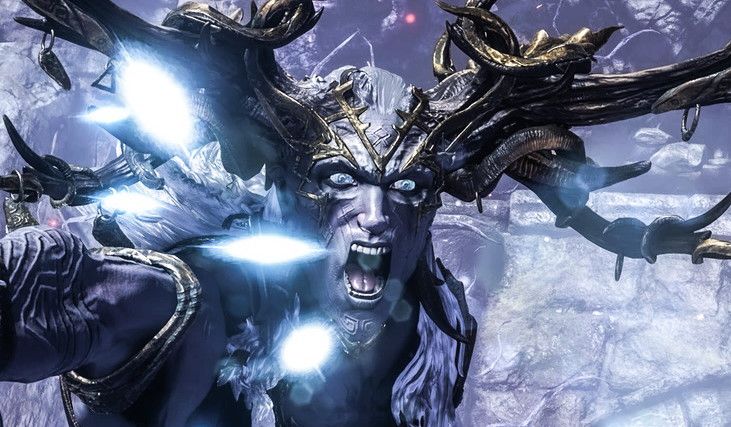 In December 2019, Rune 2 publisher Ragnarok Game sued original developer Human Head Studios, alleging that Human Head had attempted to destroy the game by very publicly abandoning it on launch day, and then refusing to turn over the source code and assets so another developer could take over the job. “We could’ve transitioned the game if they weren’t able to participate anymore, we could’ve transitioned naturally—here’s the source code, we’ll help you find somebody,” executive producer Matt Candler told me in a June 2020 interview. “But they didn’t do that. They actually did everything they could to prevent us from supporting the product.”

The lawsuit has now been amended to include ZeniMax Media and Bethesda Softworks, which announced in November 2019—the day that Human Head went out of business—that it had hired the entire team and reassembled it as Roundhouse Studios. Human Head’s initial Roundhouse announcement (available via the Internet Archive) implied that the studio had reached out to Bethesda after the decision to close had been made, but the updated complaint says Bethesda was an active participant in the effort to torpedo Rune 2, and another game called Oblivion Song, and had begun “conspiring” with Human Head in late summer 2019.

“In an act of utter bad faith and contractual breach of confidentiality requirements, Human Head secretly provided Bethesda and Zenimax with ‘keys’ that permitted it to play a confidential, pre-release version of Rune 2. This enabled Bethesda and Zenimax to see for themselves the threat that Rune 2 posed to their hit franchise, Skyrim/Elder Scrolls. Plaintiffs were never informed of this betrayal,” the lawsuit states.

“Two weeks prior to launch of Rune 2, Zenimax secretly formed a new subsidiary, Roundhouse Studios LLC (‘Roundhouse’), and used that company to purchase all of Human Head’s equipment and take over its leases. That equipment contained Plaintiffs’ trade secrets, the source code and materials for Rune 2 and Oblivion Song. In that same time frame, in order to complete a de facto merger, Zenimax arranged to have all employees dismissed from Human Head and hired by ZeniMax.”

ZeniMax took control of Human Head’s employees and assets on November 4, after which it ordered them to halt development of Rune 2 and Oblivion Song, according to the complaint. It further alleges that ZeniMax took project lead Christopher Rhinehart, “Rune 2’s creative heart and soul,” out of action on launch day by sending him on a two-day business trip to Texas, and that Bethesda and ZeniMax were the actual authors of the press release announcing the closure of Human Head the day after Rune 2 came out.

The lawsuit against Bethesda and ZeniMax argues that the companies were eager to sink Rune 2 because of the threat it posed to The Elder Scrolls series. “One early review of Rune 2 described it as ‘Skyrim on steroids‘,” the suit says. “The hit videogame Skyrim is part of Bethesda’s Elder Scrolls franchise and was developed and published by Bethesda and its affiliates. This review signalled to Bethesda and ZeniMax that one of their biggest cash cows was under threat.”

Interestingly, the lawsuit also indicates that Human Head was in buyout talks with other companies prior to its acquisition by ZeniMax, who wanted Ragnarok Game involved in the process and would have allowed it to continue working on Rune 2: “Zenimax was the only prospective acquisition partner that required secrecy and would not permit further development work on Rune II or Oblivion Song.”

The lawsuit seeks compensatory damages of “no less than $100 million,” plus restitution for development costs, punitive damages, attorneys fees, and other penalties. A representative for Bethesda declined to comment on the matter.

Despite all the trouble, work on Rune 2 has continued under the control of a new developer, Studio 369, which Ragnarok Game put together earlier this year. The coyly-named Rune 2: Decapitation Edition, with an updated combat system, new abilities, dungeons, progression, and NPCs, is set to launch on Steam on November 13.