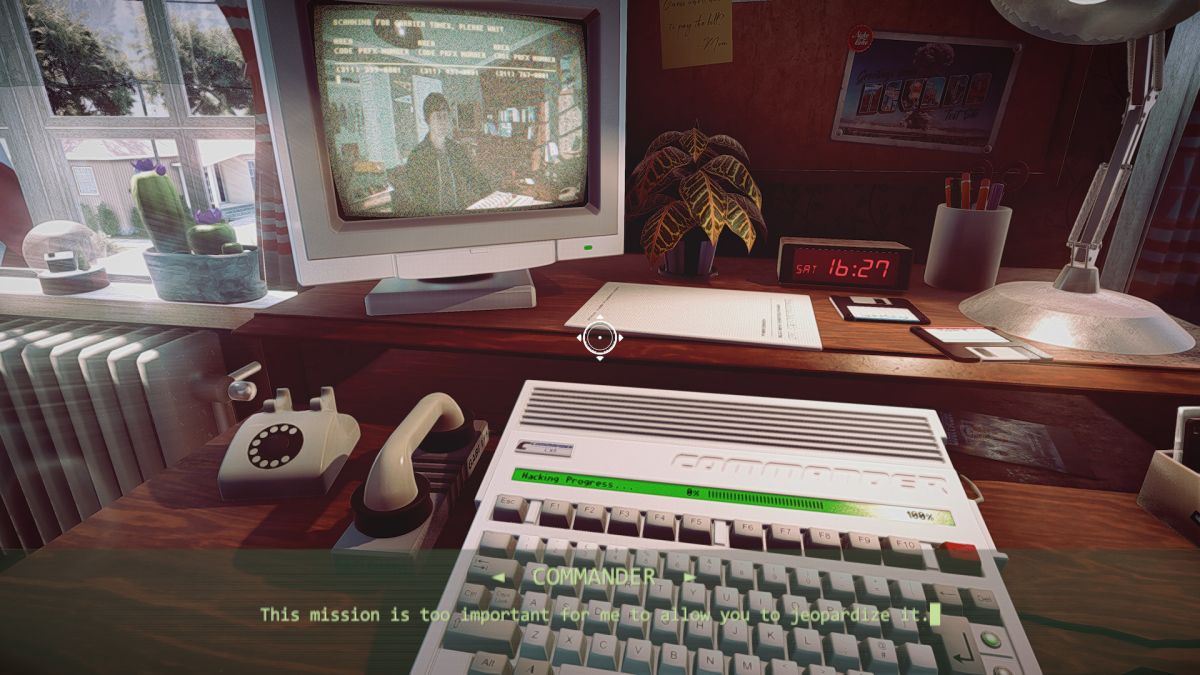 Remember WarGames, the mid-’80s Matthew Broderick movie about a kid who hacks into the US military’s supercomputer and almost touches off World War 3 because he thinks he’s playing a videogame? Commander 85 looks a lot like that, but streaked with a few decades of nostalgia rather than the very real fear that young whippersnappers and their newfangled gadgets would be the death of us all.

The game is a “sci-fi thriller” about a kid who gets the hottest new computer of 1985 for his birthday—a Commander 85—which comes equipped with a proprietary, Eliza-like AI interface. (Eliza was a faux-AI developed in the 1960s and popularized as a tech demo “game” on early home computers.) But instead of accidentally ringing up CENTCOM, you, your friends, and a “crazy scientist” will embark upon a quest to discover the secret of the Commander series of home computers, uncover the truth behind the Roswell incident, and end the Cold War. No pressure.

Commander 85 looks like it will lean heavily into Eliza-style gameplay, but with an underlying story rather than simple back-and-forth chat between computer and user. Plot points are randomly generated to keep things interesting through multiple playthroughs, and there will be various tasks and side quests to take on, some optional and others not—if you don’t do your chores, for instance, your parents may ground you from the computer.

It’s the kind of thing I really can’t put my finger on. I dig the “WarGames meets Stranger Things” setup, but I’m not sure that randomizing story elements is the best way to tell a good one; I love the 80s, but too many on-the-nose references, like that “House Alone” poster on the wall, can become a distraction. But the teaser really rings my bell, and I won’t lie, the YouTube description hooked me:

“Now you can play games all day long with buddies! Bad news —Your mom won’t allow this. Nuclear War might be an issue as well. What do you have to do to be able to play on the computer?”

How can you not be curious about that? Commander 85 will launch on Steam on September 30, and while you wait there’s a Discord server you can jump into here.