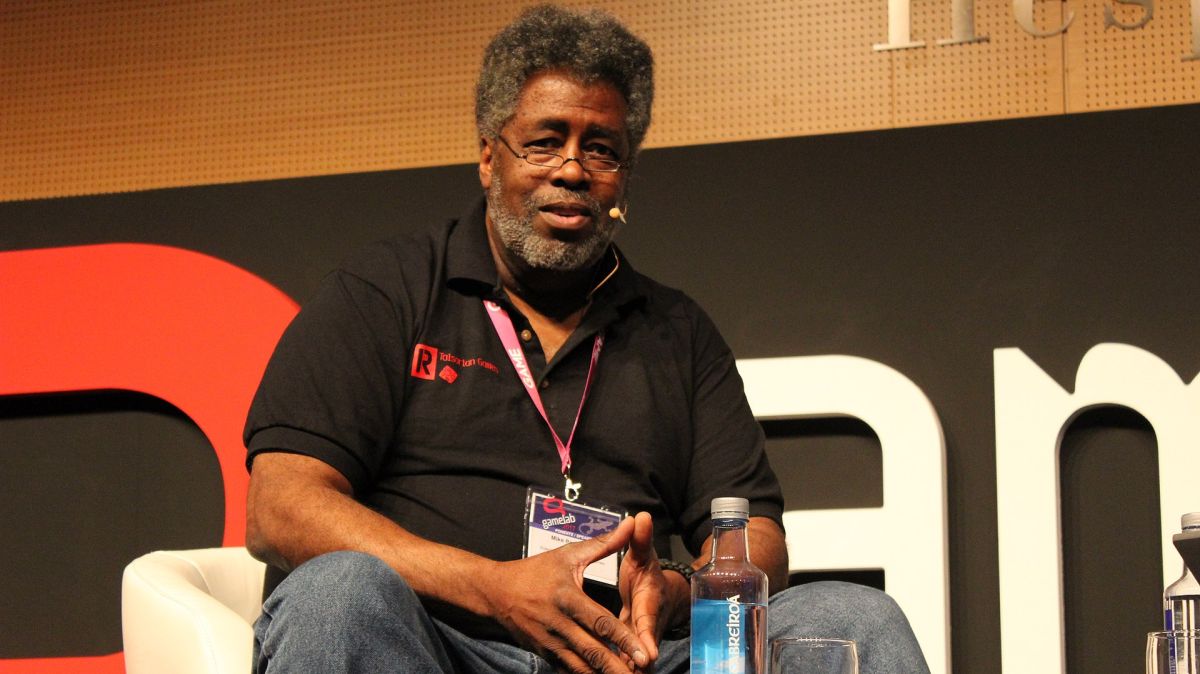 As PAX’s keynote speaker, Cyberpunk creator Mike Pondsmith took a half-hour this weekend to talk about how he first got interested in games, how he eventually began creating his own RPGs, and some of the differences he sees between designing tabletop games and videogames.

You can watch the keynote embedded at the bottom of this article (and you should—not only is Pondsmith filled with insight and great stories, he’s got an extremely enjoyable and soothing voice).

Pondsmith begins by talking about his early days of playing fantasy RPGs like Chainmail and Dungeons & Dragons. In fact, Pondsmith met his future wife, Lisa, during a D&D campaign DM’d by her boyfriend at the time, who kept trying to kill off Pondsmith’s character. (Lisa would later create Cyberpunk’s clown gang The Bozos.)

He also speaks fondly about the people he met in the early days of his career (including the creator of Traveller Marc Miller, and Car Wars creator Steve Jackson), and how helpful they were. “Game designers are friendly,” Pondsmith said. “People have asked me, did you have problems getting into this business? No, really not, people were really friendly when I started out.”

Pondsmith said he tries to be friendly to aspiring game designers too, “because I feel like I have to pass it on for all the people in the industry who were willing to put up with me asking dumb questions and give me really good advice.”

While tabletop and videogame design have lots in common, one major difference Pondsmith sees are the stakes involved. Pondsmith says even today he could create and print a tabletop RPG for around $10,000, but video game production can easily run into the tens of millions.

With so much money on the line, Pondsmith says budding videogame designers will probably meet fewer helpful people than they’d meet in the tabletop industry.

“I think that’s partially because videogames are a little more like Hollywood. The stakes are ridiculous, and there’s a lot more of a problem with reaching and talking to fans directly. There’s a wall there between you and the people who use your game.”

Still, Pondsmith says, “Even in videogames you’re going to meet people, just a fewer number of them, who are willing to talk to you about this mystical thing we call game design.”

Hunt or Be Hunted in “A Wolf or Other,” Now Available on Roblox for Xbox One