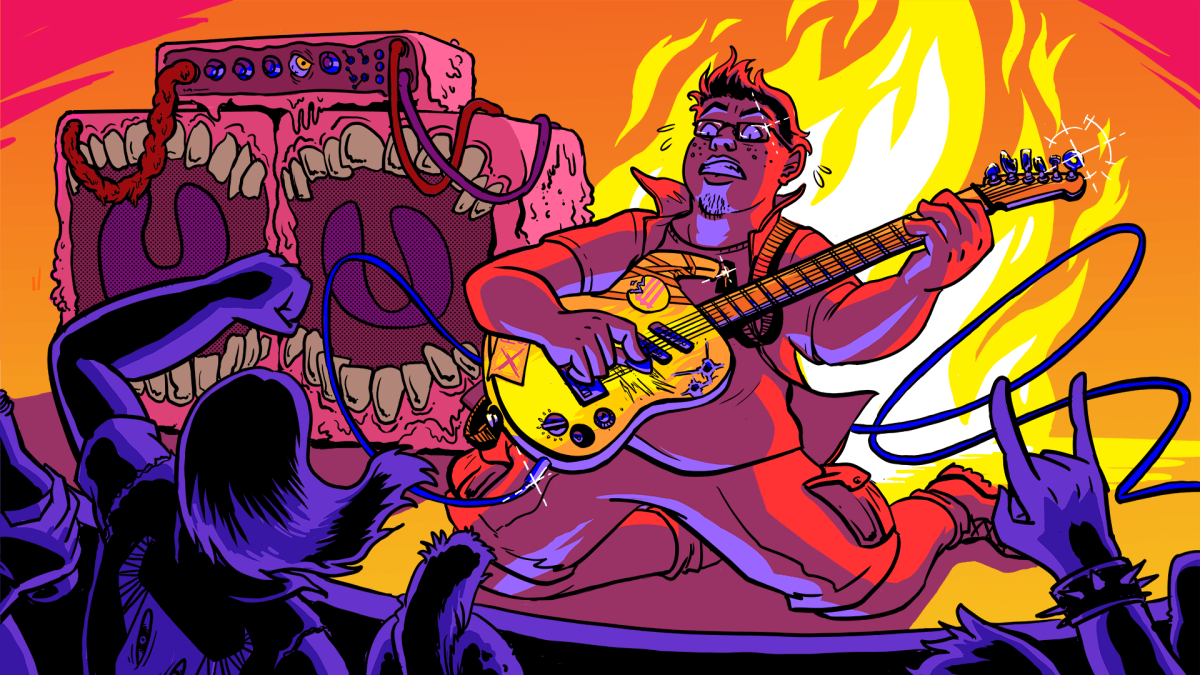 After a successful Kickstarter campaign, and having its t**le declared “the best video game name ever” by PC Gamer’s own Jody Macgregor, Extreme Meatpunks Forever: Bound By Ash is now available on itch.io, with new episodes due to be released daily between now and October 30.

The game is a sequel, or second season, to the cult 2018 visual novel about “four gay disasters beating up neo-nazis in giant robots made of meat”. Meatpunks combines an unmistakably indie art style with a surprisingly ambitious blend of mechanics to make a serial visual novel that’s also a top-down mech brawler, and even if ideas of genre break down completely over time, I can basically guarantee you’re not going to see many games that fall under that heading in your life.

The tone is darkly comic, the story is set around the world’s worst road trip, the characters are unapologetically flawed and just as unabashedly themselves, and the mechs are literally made of meat. Oh, and the sun has disappeared—but this time around our heroes are out to steal it back.

The series is obviously a labour of love for creator Heather Flowers, who also wrote an accompanying Meatpunk Manifesto outlining the philosophical stance behind the game. It’s really worth a read if you’re a fan of political punk, and/or forging a better understanding of yourself by accepting that every human being is essentially a meat mech pilot already.

It’s clearly a message that resonated the first time around: the second season received $26,000 in Kickstarter funding last year (and all things considered has done an impressive job of not slipping far at all from its September 2020 delivery goal, especially since all six episodes are ready to go and the full season will be out by the end of the week).

The season pass for Extreme Meatpunks Forever: Bound By Ash is currently $13.50 on itch.io, including a 10% launch sale. The first game, now subtitled Powered By Blood, can currently be bought on itch.io for just $3 as part of a 70% discount offered to promote the second season, and was also included in June’s Itch Bundle For Racial Justice and Equality. So if you chipped in for that huge 1,700+ item collection you already have a copy waiting for you (though it’s understandable if you hadn’t committed the whole list to memory and so didn’t realise).

Both games can be played on Windows, Mac, and Linux.