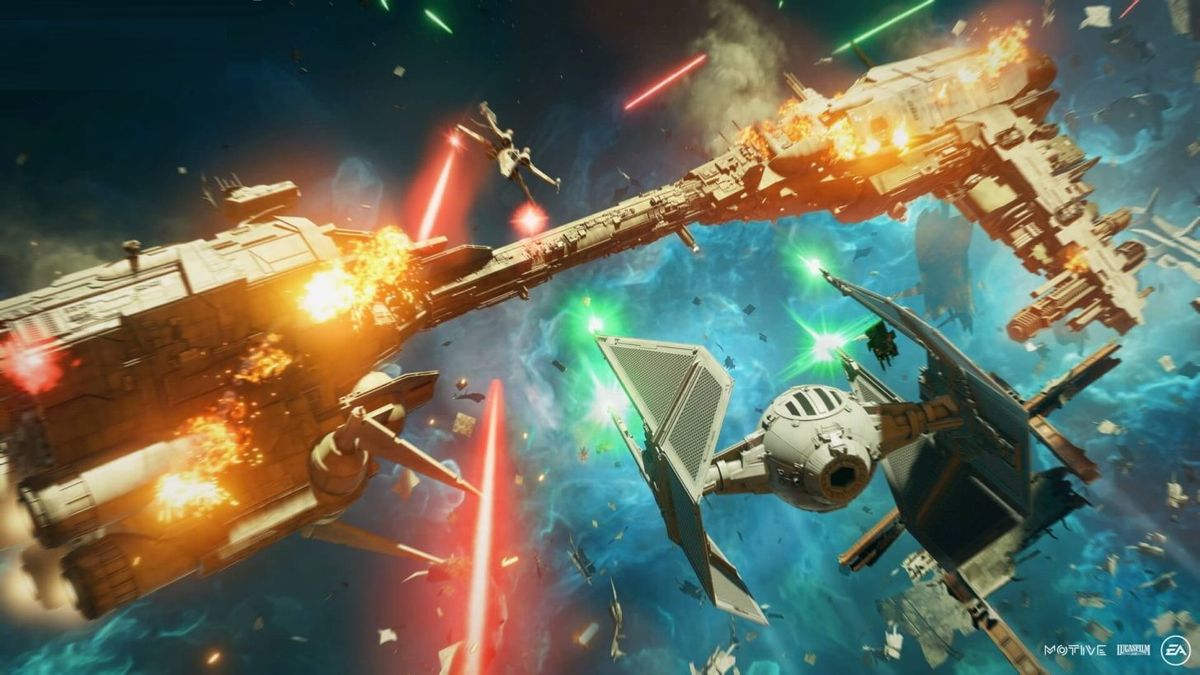 A new Star Wars: Squadrons update takes a dive into the game’s customization systems, which will enable players to adjust both their starfighters and their personal style in a variety of ways.

Most fighters will have seven component slots, three passive and four active, that can be equipped with unlockable components. (Fighters without shields will only have six.) Passive components include engines, hull, and shields, which can be swapped around to provide better performance in particular ways, often at the cost of lessened capabilities in others: A shield system that has higher resistance to blaster fire but is more vulnerable to missiles, for instance, or engines that grant greater maneuverability but reduced top speed.

Active systems include primary weapons, two auxiliary components, and countermeasures, and tend to be more situational. Ion cannons will rip shields apart much more quickly than standard laser cannons and can be used to disable enemy ships, which make them very useful for captures, but they don’t do much hull damage and so aren’t great in a stand-up fight. You can also opt for things like a higher rate of fire in exchange for lower damage output, a sensor jammer that prevents weapon locks, a tractor beam, or an astromech unit that can repair damage while in battle.

Naturally, there will also be an array of cosmetic items for your ships and your pilot, including headgear, flight suits, fighter heraldry, and all the stuff you can clutter your cockpit with: A hologram of the galaxy, a tiny Stormtrooper helmet, or even that little Ewok bobblehead we all like so much. As EA has said previously, all of these customizations will be visible in multiplayer combat, but if you prefer to play it straight you’ll have the option of switching it all off and seeing everything in its default state.

Ship components will be unlockable with Requisition Points while cosmetics will come from Glory Points, both of which will be earned exclusively through gameplay: Squadrons writer Mitch Dyer confirmed in June that the game will have “zero microtransactions.”

Star Wars: Squadrons is set to come out on October 2, and it looks like it could be pretty good.