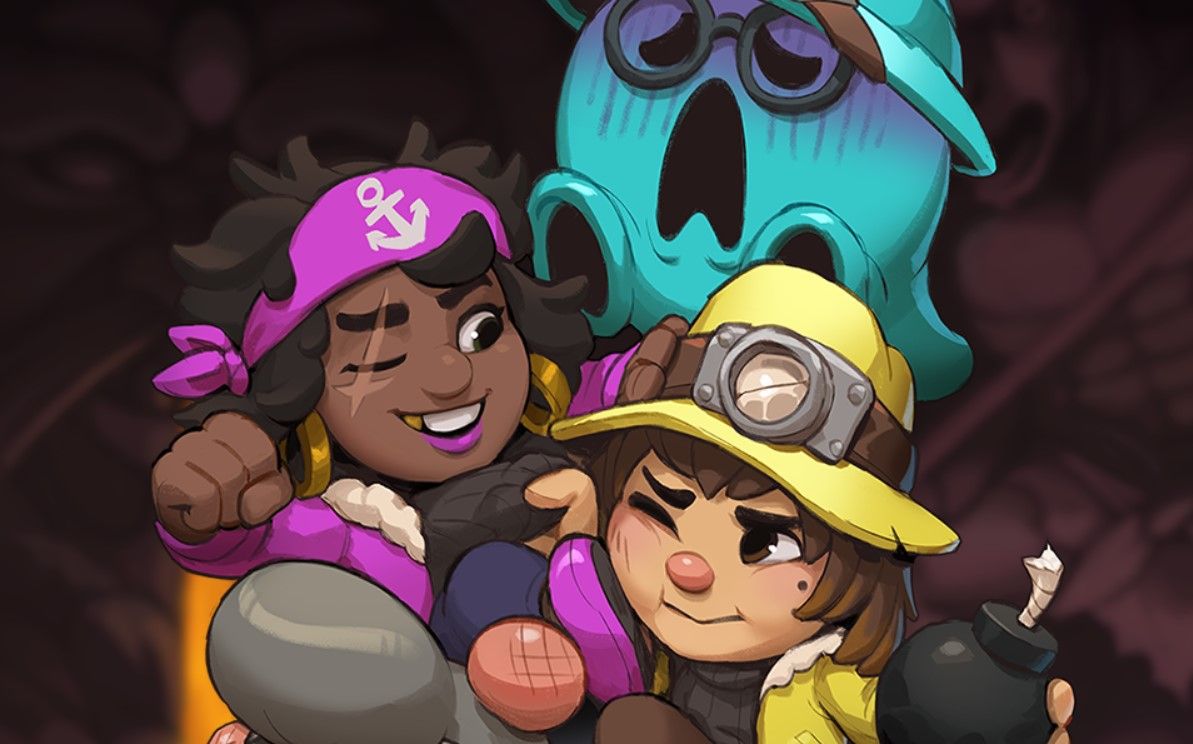 Spelunky 2 is out on PC on September 29, but PlayStation players get a two week head start—and after seeing reviews for the PS4 version on Monday, it’s hard not to be a little jealous. Praise has been effusive so far. Reviews are universally positive, though exactly how positive depends on each reviewer’s feelings about what this sequel adds, and how little Spelunky 2 changes the core spelunking experience.

Here’s how reviewers have described their time with Spelunky 2.

Spelunky 2’s levels are so alive that they seem overwhelmingly unstable the first few times you reach them, as if you’d mixed everything from under the kitchen sink together in a jug and lit a sparkler for good measure. They’re not, of course. They’re just the point at which dozens of systems converge. Dozens more than in Spelunky 1. This is that rare sequel that really evolves its own personality through the careful addition of more stuff – A Lot of Stuff: The Video Game.

And it is carefully added. Any sequel to Spelunky must also be a game about Spelunky – a response to how people played the first game and how the approaches varied and eventually ossified…

The first Spelunky is a game of secrets, which means that for the last decade it’s been a game without secrets – everything about this world is known and categorised. But a sequel? It’s lovely to stand on the windy precipice again, knowing, even after 20 hours, 30 hours, that you cannot yet know even a third of the things that await.

Spelunky 2 has lots in common with its predecessor, but it’s elevated by loads of new stuff. New gadgets! Sub-levels full of treasure and shortcuts! Liquids that flow properly if you create a hole in the ground beneath them! Every new thing is useful, perilous, versatile. Exploring these possibilities is the new game. The bits that didn’t need fixing are left untouched. It’s also beautiful, so much more rich and vibrant than before. It’s already replaced the original Spelunky in my mind’s eye.

Spelunky 2 is one of those rare sequels with the confidence to change things in ways that will probably be a bit off-putting to many fans of Spelunky and the 2008 freeware game Spelunky Classic before it. Jarring as these changes can be, though, a lot of the design choices made in Spelunky 2 have the ultimate effect of making it feel new again, bringing back feelings of overwhelming challenge coupled with thrilling discovery…

While I’ve managed to see an ending, there are still places and items from the trailers for Spelunky 2 that I haven’t encountered. I’ve only filled out part of the discovery journal, and yet I’m already at a point where I’ve gathered together so many threads and hints that it clearly eclipses the totality of what Spelunky had to offer. That’s an exciting place to be…

This time around, you can chart your path depending on the challenges you want to encounter. After completing the first area of the cave, do you venture into a lush jungle flooded with monkeys and man-eating plants? Or do you want to brave the volcanic foundry full of explosive robots and fire-spewing ladybugs? I love getting to decide which world to tackle as I reach these new areas, and I’m continually impressed at how different each biome feels from the others.

In addition to being able to choose your path through the caves, Spelunky 2 adds new secret areas you can duck into for treasures, challenges, and even new characters to rescue and add to your community back at base. It’s fun seeing the people you save appear at your camp, but too often these passageways lead to nowhere, causing me to sometimes disregard them since they’re usually wastes of time. This further highlights the main pitfall of procedural generation: While skill clearly plays a large role in your overall success, luck is also a factor as some runs are significantly easier than others. Still, no run is impossible, as Spelunky 2 ensures there’s a clear path to each level’s exit, so I tried to make sure I took advantage of the times fortune favored me.

The further you progress in Spelunky 2, the more its connection to its predecessors warps into something strange. You find two exits at the end of the preliminary caves, one leading to a familiar jungle and another toward a lava-soaked crag. Later, a familiar boss reappears, but less challenging than before, more of a silly joke. Spelunky notoriously contained secret levels that led to a secret boss, and they show up again, but familiar totems serve new purposes and take you in surreal new directions.

I confess that, for these reasons, I have not beaten Spelunky 2. I have reached the mainline “final” boss, and I know how to defeat them. I just can’t help but get distracted by all the other directions in which I can go. If I see a mysterious door or grab an unfamiliar item, if I come across a helpful ally or a risky bonus challenge, I’m going to risk it all. Partly because I want to discover this world, and partly because I don’t want to finish this game.

I wasn’t sure what I wanted out of a sequel to Spelunky, given how high of a pedestal I keep the original game on – how do you improve upon a game like that? But Mossmouth took its time and managed to deliver a masterpiece that improves upon its predecessor in ways I never even would have imagined. Spelunky 2 takes everything that made the original great and expands upon each of those individual aspects without ever over complicating the elegant, retro simplicity of its 2D platforming. It doesn’t do much to win over people who already weren’t fans of the original’s unforgiving difficulty, but as someone who is more than 200 runs in and feels like he’s only scratched the surface, Spelunky 2 is a game that I see myself playing for a long, long time.