Ignore your dying wife to cure the spider flu, for some reason, in Animal Rescuer 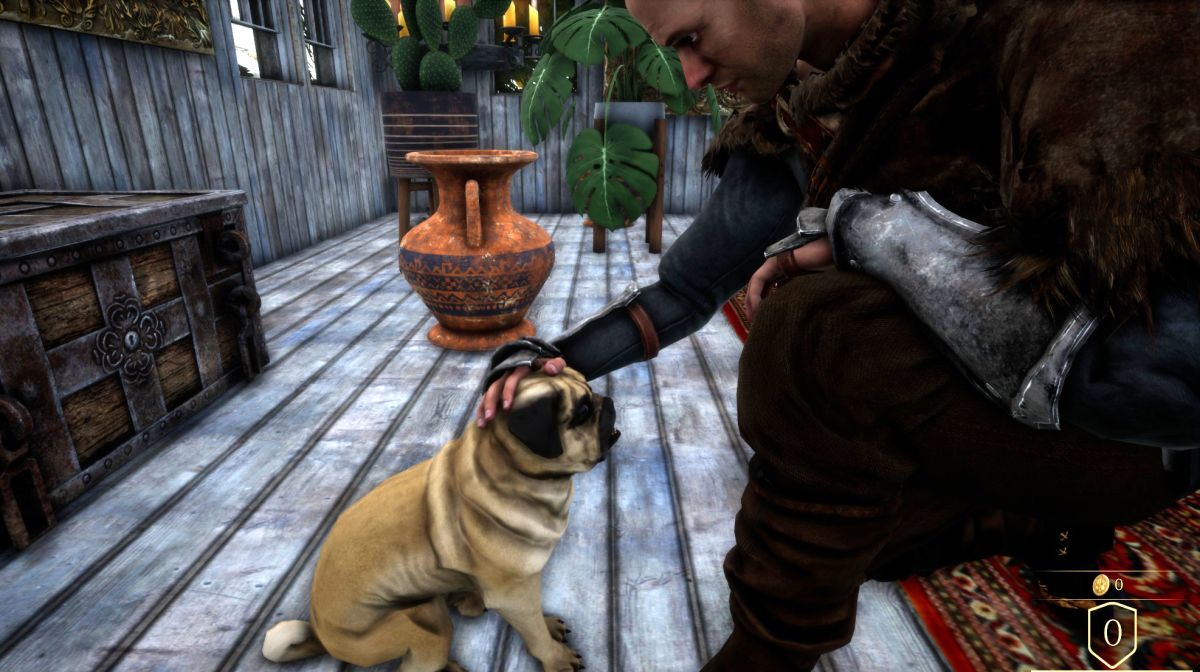 Comedian Nate Bargatze has a bit about ordering an iced coffee with milk in Starbucks and instead getting a giant cup of milk with ice in it. (And a follow-up bit about changing his order to iced coffee with cream and winding up with a whole different set of problems.) It plays into the awkwardness that results when someone mishears you and you’re too embarrassed to correct them.

I feel like my character in action RPG Animal Rescuer has had a similar mix-up. The story in the free demo I played, as far as I can follow it, is that my character’s wife is dying of some mysterious illness. I’ve spent ages researching medicine, cures, potions, and healing tomes, which eventually leads me to go to visit a witch in the woods. The witch gives me a magic medallion and tells me I need to cure every sick animal I find. Then I spend all my time running around healing sick animals while completely ignoring the needs of my dying wife.

Whatever happened, I leave my island home and nearly-dead wife to run around gathering plants and brewing concoctions so I can help animals feel better. And, wow, the world is absolutely jam-packed with ill creatures.

There’s a dog in a cage suffering some malady, so I smash the cage, pick flowers, make a potion, and cure it. I come across sick chickens and baby chicks, more dogs, cats, and even a camel, each standing motionless with a yellow cloud of germs hovering above their heads and a large first-aid icon indicating they desperately need me.

In a town I even find a sick goliath spider crouching motionless on the street.

A spider? Really? I mean, look, I’m a nice guy and all, and I do actually like spiders, and I assume spiders sometimes get sick just like the rest of us. And if I had nothing else to do and the medical knowledge to make a spider feel better, I’d probably do it. But do I like spiders enough to diagnose their illnesses, run around finding plants to make a potion, and then cure it when my own non-arachnid wife is at home dying? Is this the best use of my time?

If you’re wondering why my tireless animal doctor has an enormous sword on his back when all he does is gather plants and make potions that cure the spider-flu, it’s because there are evil men constantly trying to murder me.

That magic medallion the witch gave me instead of curing my wife? It seems it’s a hot item there are other people who want it. When I leave the safety of towns I’m frequently attacked by enemy swordsmen in a combat system I’d describe as “not very good.” There’s a lot of messy rolling and dodging involved and I seem to only have a single, incredibly slow heavy attack. Not to mention there’s an homage to a certain action RPG where you don’t spend all of your time healing flu-stricken camels and arachnids.

There’s more to do in Animal Rescuer while ignoring your dying wife. Towns have various merchants who will sell you ingredients, there’s a gambling minigame, and what seems like a pretty expansive open world. You can make quite a bit of money by finding gems and selling them to a jeweler, and certain animals can not only be cured but put on a gondola and sent… somewhere. I’m not quite sure where the animals are all going. Hopefully to live in a city not absolutely teeming with germs and disease.

The demo is pretty clunky (the full game doesn’t have a release date just yet) but it’s honestly nice to play a game about helping animals instead of fighting them, skinning them, and using their parts for food or to craft armor. I’m sure my wife, who I left wracked in pain and despair on her deathbed, would be proud to know there’s a completely healthy goliath spider now crawling around and enjoying life, all thanks to me.