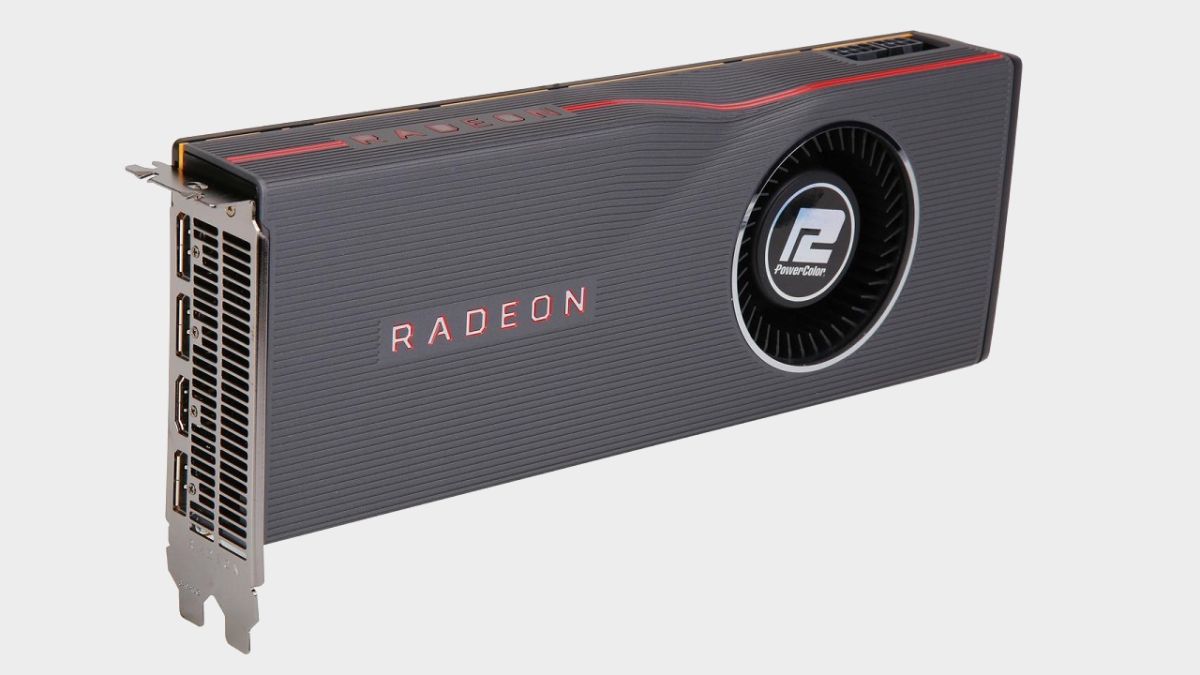 AMD Radeon RX 5700 XTs are likely to be coming in at some exciting price points over Black Friday and Amazon Prime Day. Over the past month or so, prices have been all over the place. It can be overwhelming, trying to track down the hot deals, but now’s the time to take a step back, and let us help you decide which GPUs are worth the money this holiday season.

With AMD’s new Big Navi cards looming on the horizon, and Nvidia packing such a punch with the RTX 3080 launch, could now really be the time to get into the Radeon 5700 XT? Considering the hullabaloo over RTX graphics, you might be concerned that backtracking into pre-ray tracing territory is a mistake, and you may be right.

The Red team set out to create the best 1080p graphics card for gaming, and they did just that, but it struggles somewhat at 1440p. So, if you’re looking for something to propel you into the future of 4K, next-gen ray-traced gaming, you might want to consider your options a little further.

The AMD Radeon RX 5700 XT was the first Navi GPU, which was the first outing for the new RDNA architecture. Initially priced at $449, AMD dropped that figure to match Nvidia’s pricing of the RTX 2060 Super two days before the 5700 XT launched, settling on a more reasonable $399. The Radeon 5700 XT is produced using TSMC’s 7nm process technology, and offers up 40 CUs with 64 stream processors each—that’s 2,560 cores. It has 8GB of GDDR6 memory as well. The base clock is 1,605MHz with boost clocks hitting around 1,905MHz.

What are the alternatives to the AMD Radeon RX 5700 XT?

If you’re considering alternatives to the Radeon 5700 XT, perhaps the Nvidia RTX 2070 Super will have what you seek. It delivers around 14% better performance and it does so with the sought after ray tracing capability (and at cooler temps). Prices are likely to be a little higher due to a halt in production, but you are getting DXR support and DLSS, neither of which are features the Radeon RX 5700 XT can offer. If you do want to stick with AMD the RX 5700 is slightly lower spec, but can be unlocked to deliver the same level of performance if you’re happy to tinker. But prices on those second-tier Navi cards is a bit all over the place right now too.

Consider also, that the Nvidia RTX 3070 will be launching at the end of October with all it’s fancy features, so that’s going to be a much better deal for that sort of money.

Should I buy the AMD Radeon RX 5700 XT and at what price?

You will potentially find some exciting AMD GPU prices as this year winds up, considering AMD has confirmed these cards are still in production, unlike the majority of their Nvidia counterparts. So, although we wouldn’t necessarily recommend diving into a mid-range, non RTX card at this point, if you’re looking for something to tide you over in 1440p, this card might be right for you. Don’t bother spending more than $300 on one, however, because there’s going to be some serious price shifting going on now, after the AMD RX 6000 series.