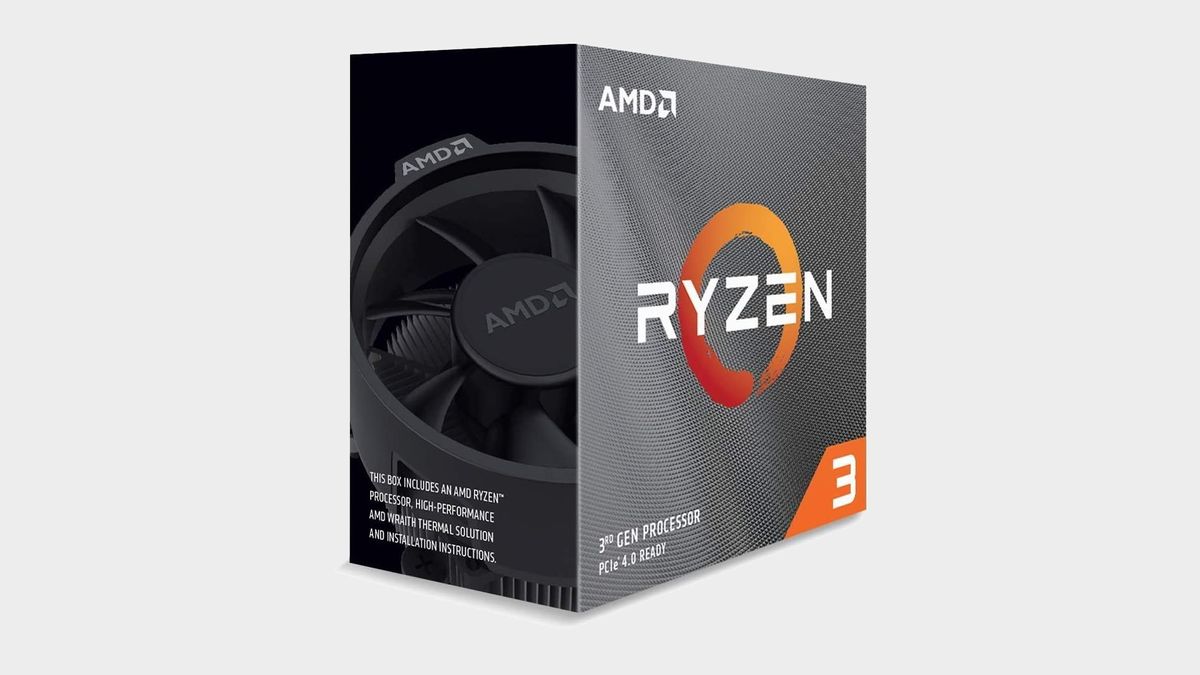 The AMD Ryzen 3 3100 was released at the same time as the 3300X, and suffered for it. In isolation this is a solid little chip, offering good value for money and decent entry level gaming performance for $99. The problem is the 3300X did so much more for just $20 extra. That was the chip you wanted, not this one.

There’s a problem here though, and that is the Ryzen 3 3300X is in such high demand that actually getting your hands on one is nearly impossible. The Ryzen 3 3100 meanwhile is still widely available, and indeed you can pick it up on AMD’s Amazon store. So should you pick it up? And if yes, at what price?

Of course it’s not long now until Black Friday leaps on your wallet, and there’s a chance that we could see a shift on the pricing of this chip at that time. Whether that makes it a must buy or not, is down to you, but if you’ve got ideas of a second gaming rig, or something affordable for the little ones, it could be worth considering.

AMD may have increased prices with its Zen 3 processors, but back when Zen 2 was all the rage, it took a slightly different approach and released two chips that were aimed squarely at budget gamers. The Ryzen 3 3100 was the cheapest version, but still managed to strut its stuff as a quad-core, 8-thread chip with a base clock of 3.6GHz and a boost of 3.9GHz. Much slower than the 3300X, but it still has support for PCIe 4.0 and works with speedy RAM as well.

This budget chip also ships with the Wraith Stealth cooler, which is capable of keeping the chip cool even if you decide to try your hand at a little overclocking.

The main alternative to the Ryzen 3 3100 is the Ryzen 3 3300X, but that just isn’t available anywhere at the moment, so you need to turn to Intel’s lineup instead. The obvious thing here is that Intel is still stuck supporting PCIe 3.0, which makes a difference when it comes to storage.

Intel’s Core i3 processors are most readily comparable to AMD’s budget Zen 2 chips, and here the Core i3 10100 is the cheapest option. It too is a quad-core, 8-thread CPU, with the same 3.6GHz base clock, although Intel’s CPU has a much higher boost of 4.3GHz. Intel’s chip also boasts integrated graphics, which gives it the edge in many situations.

It’s impossible to talk about the Ryzen 3 3100 and not mention its big brother—the 3300X is simply a superior chip, offering better value for money and raw performance. Given that’s sold out everywhere though, your choice is basically between this and the Intel Core i3 10100. You’re essentially picking between the Intel’s integrated GPU vs AMD’s support for PCIe 4.0.