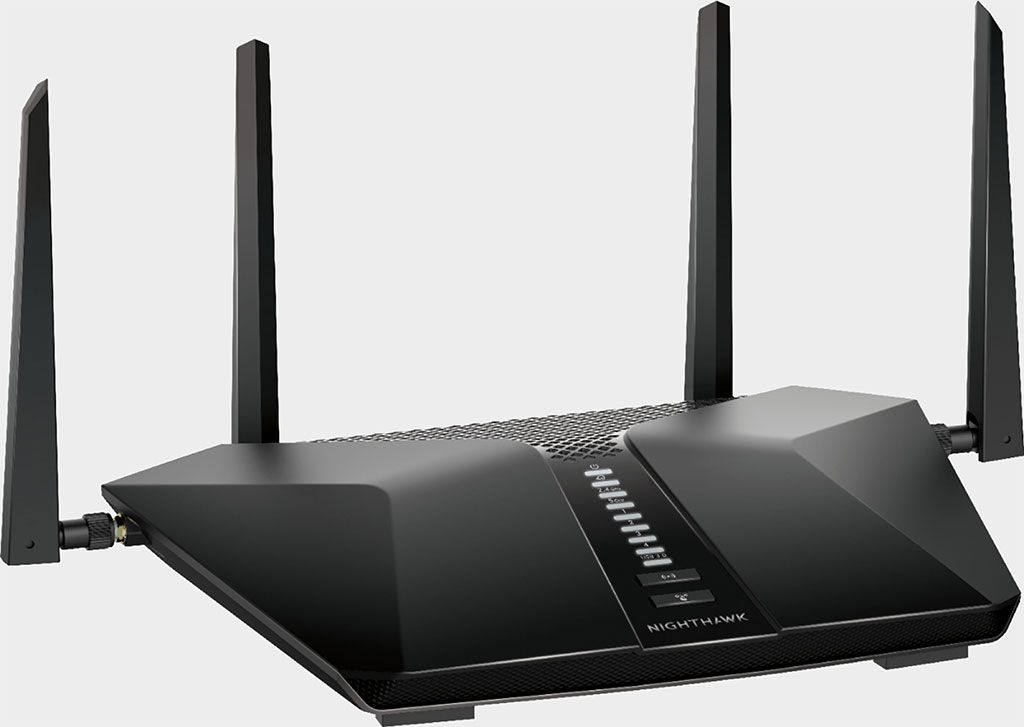 Best Buy is a getting a jump on Black Friday with discounts on all sorts of gadgets, including this Netgear Nighthawk AX5200 dual-band wireless router based on the latest Wi-Fi 6 (802.11ax) standard. It’s fast with some notable bells and whistles, and half off its regular price.

Marked down to $149.99, this model (RAX48-100NAS) appears to be a SKU exclusive to Best Buy. It is not unusual for bigger retailers to get their own unique models, it just takes a bit of extra digging to figure out how they compare to other options. In this case, the RAX48 is a small step below the RAX50 (AX5400), which sells on Amazon for $299.99.

The headline act here is Wi-Fi 6 support. Without getting into a technical deep dive, the Wi-Fi 6 standard was specifically designed to handle bunches of internet-connected devices at the same time. The caveat is that your devices must be Wi-Fi 6 compatible to take complete advantage of the standard, but even ones that aren’t will still work with a Wi-Fi 6 router. For that reason, if buying a new router today, I would absolutely recommend a Wi-Fi 6 model over Wi-Fi 5 (802.11ac).

As is customary on wireless routers, there is a built-in switch for connecting wired devices—up to four of them. There is also a USB 3.0 port on the back that is useful for sharing storage over a network. You can also share a printer this way, though most modern printers now offer Wi-Fi connectivity.

I’ve not tested this specific model, but have spent time testing and reviewing several Nighthawk models in the past, some of which are among the best gaming routers. Generally speaking, they perform well, both in terms of speeds and wireless range. And for the money, this one looks tough to beat—it’s now priced the same as the Nighthawk AX4, our pick as the best Wi-Fi 6 router for gamers on a budget.