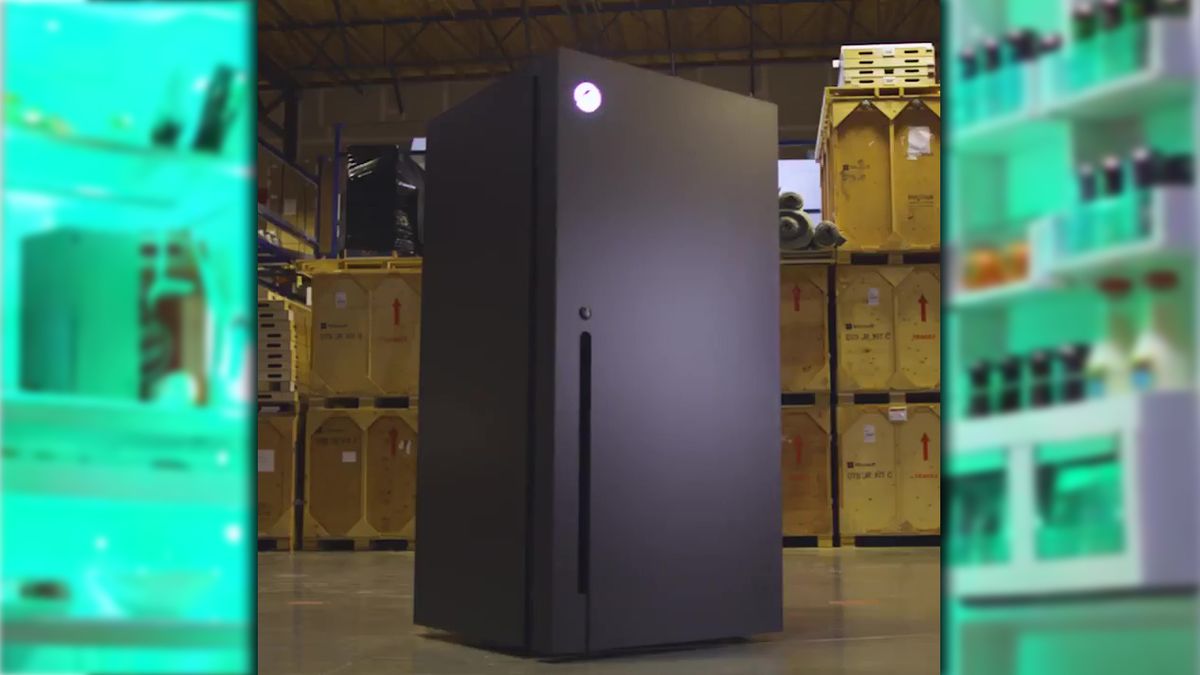 The Xbox Series X is ugly. I know some are charmed by its brutalist slab design, but a thing can be ugly and charming at the same time, and it’s sort of cute how un-designed the new Xbox is compared to the PS5’s curvy chassis. However, a thing can also be ugly and not charming at all, but simply grotesque, which I’d argue is the case for this Xbox Series X-shaped refrigerator.

Microsoft is leaning into jokes about the Series X’s fridge-like design with this giveaway, but what I enjoy about the marketing gag is that the Xbox Series X doesn’t even look good as a fridge. It looks like a terrible fridge, and one I’d only want to own it if I had no other refrigerator options. If that’s the case for the person who wins it, I’m happy for them, but sad for them, too, because now they have to look at this Xbox fridge.

It doesn’t help that, as part of the gag, Microsoft lit the fridge interior with the sickly Xbox hue, presenting the food in the least appetizing possible light. It also stocked the fridge with donuts, which don’t go in the fridge. Who is eating chilled donuts? Tell them to stop.

If you want to try to win the fridge, the rules are here.

We’re watching this year’s new console launches from the sidelines, of course, although they aren’t totally inconsequential to PC gamers. Microsoft recently recommitted to releasing all first-party Xbox exclusives on PC, for instance, and perhaps PC case designers will take notes from what Microsoft and Sony have been up to.

I hope not, because Sony’s effort doesn’t do much for me, either. The Xbox Series X may look like an ugly fridge (and also be ugly as a fridge), but the PlayStation 5 looks like an amateur concept render of a next-gen console that would’ve hit the top of Reddit circa 2010. At the moment, my taste is leaning more in the direction of Noctua CPU coolers than shiny white sci-fi armor.

No Man’s Sky: Next Generation Coming to Xbox Series X|S at Launch as Free Upgrade for Existing Players