Wall Guys is the only Fall Guys level that matters now 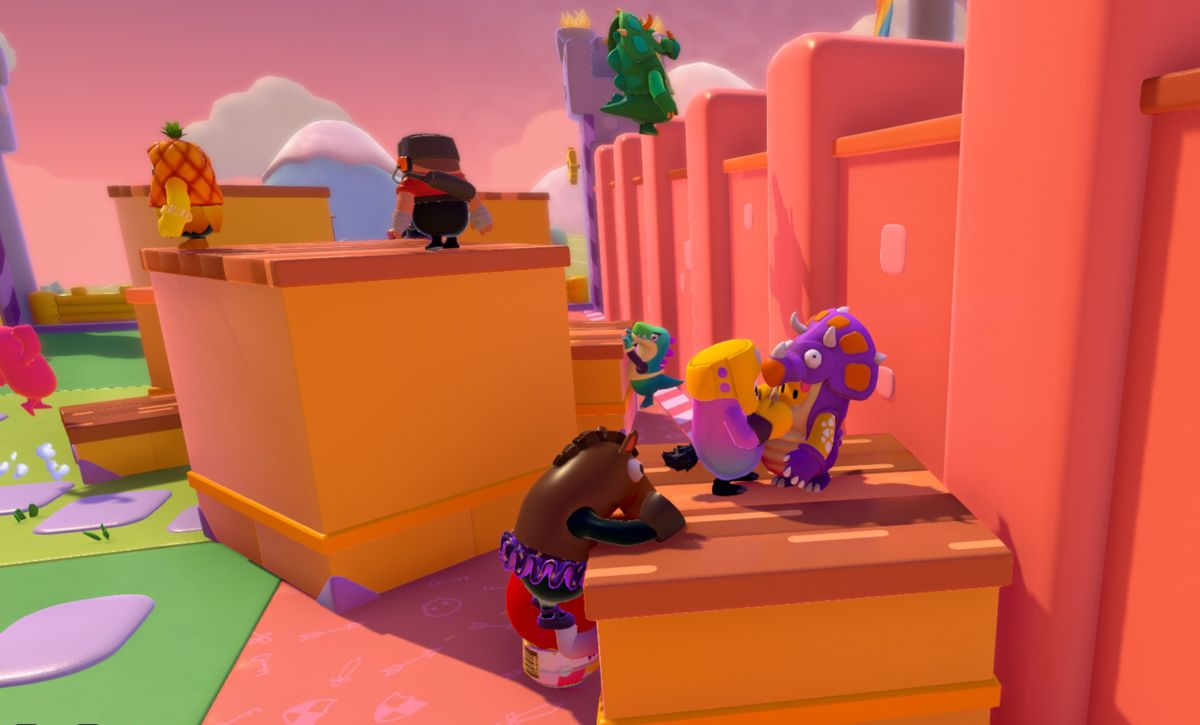 Fall Guys Season 2 is here at last and it brings a lot with it: New minigames, medieval skins, more Crowns, a costume randomizer, nicknames and faceplates that you can spend way too many coins on, and even a new playlist mode that lets you play only gauntlet levels.

But forget all that crap. The only thing that matters now is Wall Guys, one of the new levels in Fall Guys Season 2. It’s hilarious and terrible. It mixes co-op with competitive play and punishes helpful players by making them lose. I love it. It’s all I want to play. Take every single other game out and just give me Wall Guys in every round.

The premise is simple. There are a bunch of walls that can’t be climbed over unless the beans push movable blocks into place to use as stairs. The further you get, the higher the walls are and the more blocks you need.

What becomes apparent very quickly is that the players who actually put in the work to push the blocks into place are absolute s***ers. As soon as you’ve shoved a block into the right position, someone is going to use it to pass you in the race. Above, you can see the bean dressed in black skip up the stairs I thoughtfully shoved into a useful spot.

You’ll get hip to that pretty quickly and start taking advantage of the helpful s***ers yourself. That’s how you get out in front. s*** it, tomato.

Thing is, once everyone is wise to it, no one is gonna waste their time and hurt their chances by pushing the blocks around. Which means at the end of the level there’s a whole shitload of beans climbing, jumping, and shoving each other around on blocks that aren’t even in the right place to be used to climb the walls.

It’s chaos. It’s stupid. Everyone’s jumping around like morons and going nowhere. Someone needs to do something useful. But nobody will because being useful means letting a whole crowd of beans flood past you. It’s like those moments in See Saw where clearly everyone needs to get down to the same side and no one will do it so nobody gets anywhere.

Finally, someone gets mad at the useless, hooting rabble and pushes the damn block where it needs to go. That idiot is usually me because I just can’t bear to watch a thing that needs to be done not being done. You can see above that thanks to my actions a whole line of beans qualified before I’d even gotten the chance to use the step that I’d selflessly made possible.

Somehow I did actually manage to qualify in that round (even one spot ahead of the bean in black that took advantage of my helpful nature earlier) but I definitely wouldn’t recommend being helpful because more often than not you’re just going to wind up getting completely screwed. That’s what makes Wall Guys such a wonderful, awful, amazing, frustrating level that I want to play 24/7.

What did you play last week? A RuneScape promotional image.

Sector’s Edge is a free FPS with destructible terrain, out now Aiming down sights in Sector's Edge

Fight an alien invasion in grand strategy Terra Invicta, coming in 2021 A resistance space gunship from the game Terra Invicta patrols above Earth.