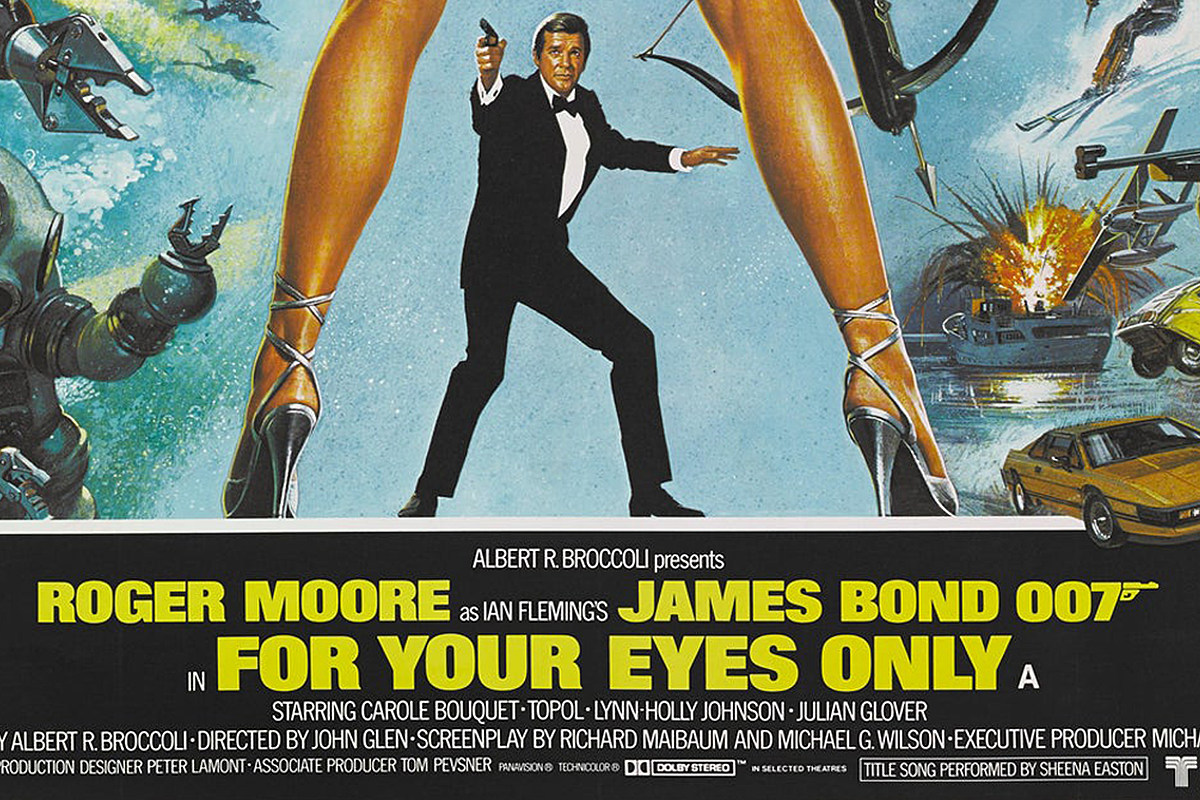 James Bond got back to being the world’s best spy in 1981’s For Your Eyes Only, after previous adventures flirted with science fiction and the barely acceptable fringes of campy filmmaking.

The Spy Who Loved Me, from 1977, sent Roger Moore‘s 007 to the depths of the ocean, while 1979’s Moonraker shot him into outer space. These settings were partially designed to help the series compete with recent sci-fi blockbusters like Star Wars. But the producers decided the best place for Bond to go next was back to dry land.

“We deliberately said, ‘We’ve got to stop this fooling around,'” co-writer Richard Maibaum explained in Nobody Does It Better: The Complete, Uncensored, Unauthorized Oral History of James Bond. “We cut down the shenanigans a bit so that you could believe that some of it was happening.”

The plot of For Your Eyes Only finds Bond attempting to retrieve a piece of British navy technology that was lost at sea, a quest that sends him all over the globe and into a tangled web of political intrigue and double-crosses that includes several life-threatening chase scenes. “The actual intent was to put all the emphasis on action,” director John Glen stated in Nobody Does It Better. “Get back to real people, good motives, good characterizations.”

Moore was also happy with the more realistic plot of his fifth Bond adventure, which was released on June 24, 1981. “I’m delighted with this one, and the fact that the villains are more recognizable as ordinary human beings,” Moore told the BBC’s Peter Marshall on the red carpet at the film’s premiere. “They don’t want to build empires in outer space or under the ocean.”

Watch the ‘For Your Eyes Only’ Trailer

He was less thrilled with Bond’s new vengeful streak. The story features 007 dropping longtime rival Blofeld down a factory chimney to his presumed death in the opening credits; he also boots a car, which is containing the bad guy who’d just killed Bond’s most recent romantic partner, off a cliff.

“[Roger] was very much against him kicking the car off a cliff,” recalled Glen. “He felt that was too violent for Bond.” After shooting an alternative version in which 007 is less directly responsible for the villain’s death, Moore was persuaded by the director’s argument that Bond’s actions were justified. So, Glen’s version of the scene was kept.

There was still time for some levity, like the scene where Bond is randomly attacked at an ice rink by three hockey players. Someone off screen helpfully keeps the scoreboard updated as 007 knocks each of them into the goalie’s net. He also dispatches the last opponent with the help of an unusually fast-moving Zamboni.

In a rare show of series continuity, Bond is seen visiting the grave of his wife Tracy. She was killed in 1969’s On Her Majesty’s Secret Service, which starred actor George Lazenby in his only turn as Bond. The sequence was originally written to help introduce what was expected to be a new, fourth actor taking over the role of 007 in For Your Eyes Only. But Glen decided to keep the scene, even after Moore agreed to participate in the movie. “It’s actually a very good sequence, isn’t it?” Glen rhetorically asked in Nobody Does It Better. “To remind the audience of Bond’s past? Why not? And it’s a nice touch with Roger putting the flowers on the grave.”

Tracy Bond was also directly or indirectly mentioned in future series episodes starring Timothy Dalton and Pierce Brosnan, but the reboot of Bond’s backstory that began with Daniel Craig in 2006’s Casino Royale has erased her from 007’s ’00s storyline.

For Your Eyes Only received generally positive reviews, with critics praising the more grounded storytelling and the high quality of the action set pieces. It went on to earn more than $195 million at the worldwide box office. After being unable to convince Blondie to record a t**le song they didn’t write themselves, the producers hired Sheena Easton to perform the t**le track, which became a Top 5 hit. She also became the first artist to appear in the t**le credits of a Bond movie.

The series once again drifted from reality with Moore’s next outing, 1983’s overly jokey Octopussy. The same year, original 007 Sean Connery returned to the role in a competing production, Never Say Never Again. Moore made his final appearance as Bond in 1985’s A View to A Kill.