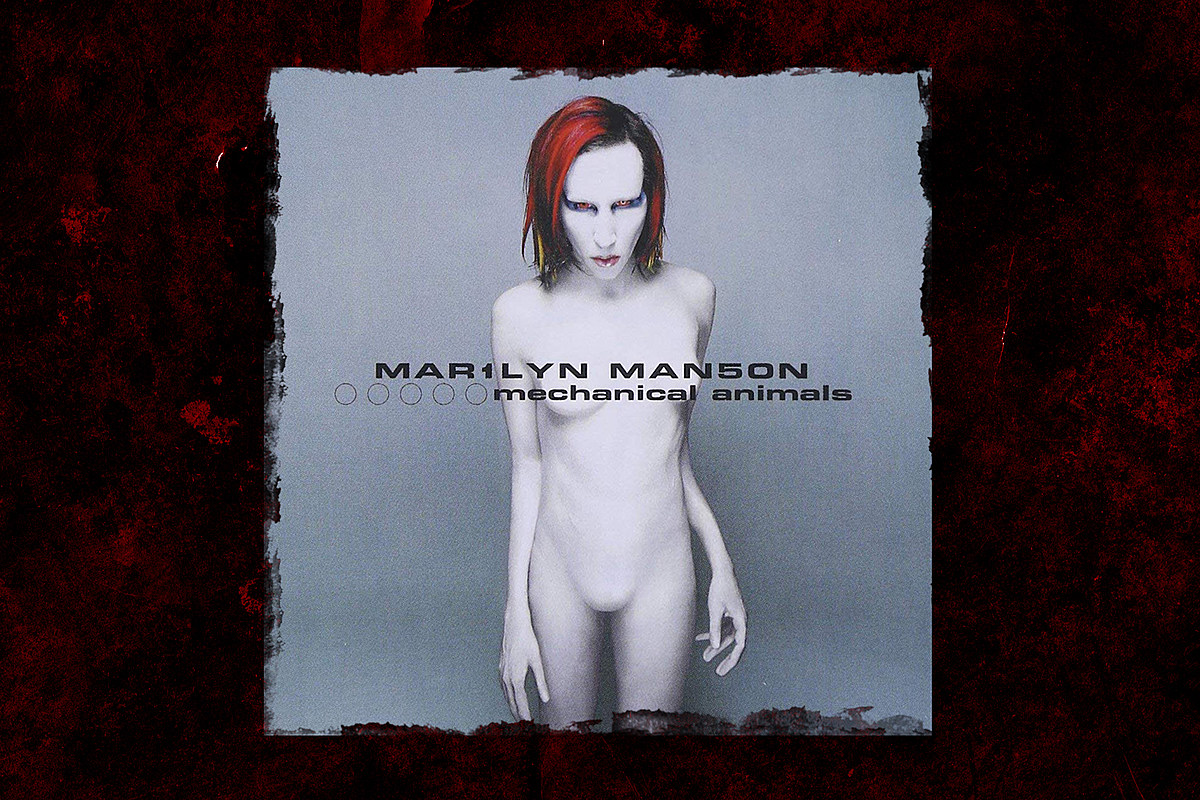 As we now know, Marilyn Manson is a musical chameleon who has been able to navigate his way through a variety of hard rocking styles over the years, continually keeping things fresh. But in 1998, Manson was still a star on the rise and somewhat still living in the shadow of Nine Inch Nails‘ Trent Reznor, who served as a mentor to Manson during his early work. With his Mechanical Animals album, which arrived on Sept. 15, 1998, Manson began to assert himself as a creative force to be reckoned with by evolving to a sound we hadn’t previously heard from the singer and his band.

“People probably expect us not to be able to function without the heavy hand of Trent,” Manson said in a Rolling Stone interview at the time of the album’s release. “Not that I have a chip on my shoulder or need to prove something, but I think this record establishes that we have our musical identity without someone telling us what to do.”

For Mechanical Animals, Manson relocated to Los Angeles’ Laurel Canyon area and began experimenting with a more glam rock style and look. The musician called upon producer Michael Beinhorn to oversee the disc, while Sean Beavan also added some production touches to the disc.

“He had quite a handful going from Courtney [Love] to me,” said Manson about Beinhorn. “I went with him cause he was rock and roll. But Billy [Corgan] did inspire us to take a chance. We played him the first couple of songs and he said,’This is definitely the right direction, but if you’re gonna dod this, go all the way with it. Don’t hint at it.’ And that gave me the incentive.”

Gone were the computer effects and in their place were pure rock and roll attitude and stomp. “Everything you hear nowadays is an offshoot of NIN, Marilyn Manson, Ministry. There’s just no great rock albums anymore,” said Manson. “There’s a lot of rock music out there, but it’s very bland and disposable. A lot of people may say this record is over the top, pretentious and theatrical, but that’s what rock music is supposed to be about.”

Like one of his glam heroes, David Bowie, Manson made the album conceptual, telling the stories of a hedonistic glam rocker and a gender ambiguous alien called Omega, who fell to earth and became part of a manufactured rock band.

“The album is like feeling for the first time,” Manson said to Q magazine. “Everything is over-sensitized, pain is more extreme and love is more extreme -– hence the change in the music, which is more in the bombastic tradition of Queen and Bowie. Some bands are afraid of not sounding hard all the time –- I’m not. In a lot of ways it is more mainstream, but I’m more mainstream. I don’t think I’ve sold myself out –- I’ve adapted to my surroundings.”

Coinciding with the release of the album, Manson issued “The Dope Show” as the disc’s lead single and it would become one of his biggest hits. Penned by Manson with music from guitarist Twiggy Ramirez, the song ripped into the ideas of believing one’s fame and the image perpetuated in the public eye.

Manson also emerged with a new image for the video, decked out in coma white makeup while sporting a very glam red highlighted makeover and an odd looking androgynous new body. The very stylish video won the 1999 Grammy for Best Hard Rock Performance and an MTV Video Music Award for Best Cinematography. The song climbed to No. 12 on the Mainstream Rock chart and No. 15 on the Modern Rock chart, but has stood the test of time to arguably become bigger than it ever was on radio.

With the ball rolling, Manson struck next with “I Don’t Like the Drugs (But the Drugs Like Me).” The song had a slow grooving, foot-stomping beat and a slick guitar solo courtesy of special guest Dave Navarro. While it didn’t necessarily take off at radio, the song has remained a favorite among Manson fans over the years.

By June of 1999, Manson was moving on with a third single called “Rock Is Dead” that got a bonus push from its inclusion on the soundtrack of one of the year’s biggest films, the futuristic Keanu Reeves film The Matrix. The video for the thrusting rock song found Manson, decked out as his Omega character, delivering an energetic performance with a full band.

Other standout tracks of note include the album opening “Great Big White World” and the moody latter half favorite “Coma White,” which have a common thread. “The color white comes up a lot,” said Manson to the Los Angeles Times. “It kind of represents to me the numbness that I had. The numbness is manifested in drugs … in all the people who want to s*** the life out of you when you become a rock star.”

Ironically, though Mechanical Animals dealt with a lot of the trappings of fame, Manson had to deal with it more than ever as the disc catapulted him to new heights. The album debuted at No. 1, becoming Manson’s first chart-topping album, which went on to reach platinum status.

On tour, Manson supported the album with the “Beautiful Monsters” and “Rock Is Dead” treks. But life wasn’t easy. After declining Lollapalooza in favor of the “Beautiful Monsters” tour with Hole, Manson and Courtney Love bickered with Hole leaving the tour nine shows in. Later on, Manson had to miss a few shows over a hairline fracture in his ankle. But the biggest trouble with Manson’s touring came following the Columbine high school shootings, when Manson became an unwitting scapegoat when it was revealed that the shooters cited him as an influence.

In 1999, Manson told Rolling Stone, “When it comes down to who’s to blame for the high school murders in Littleton, Colorado, throw a rock and you’ll hit someone who’s guilty. We’re the people who sit back and tolerate children owning guns, and we’re the ones who tune in and watch the up-to-the-minute details of what they do with them.” Eventually Manson would bow out of their touring out of respect for the victims, with Manson stating, “It’s not a great atmosphere to be out playing rock ‘n’ roll shows, for us or the fans.” Despite the troubles on the road, Manson would release a concert film from both tours t**led God Is In the TV.

After all was said and done, Mechanical Animals was a groundbreaking album for Manson. It began to establish him as an artists willing to take risks, made him one of the top touring draws going and gave Manson a bit of a laugh at the fame he was coming into. Speaking with Rolling Stone in reflection of the period, Manson stated, “Mechanical Animals was to represent the point where the revolution got sold out, a hollow shell of what the essence of Marilyn Manson was. It was a satire, and a lot of people interpreted it as ‘This is what he really is.’ I was making a mockery of what I was, taking a shot at myself.”

Attack Attack! Release Teaser of New Song "All My Life"