30 Years Ago: Slayer Release ‘Seasons in the Abyss’ 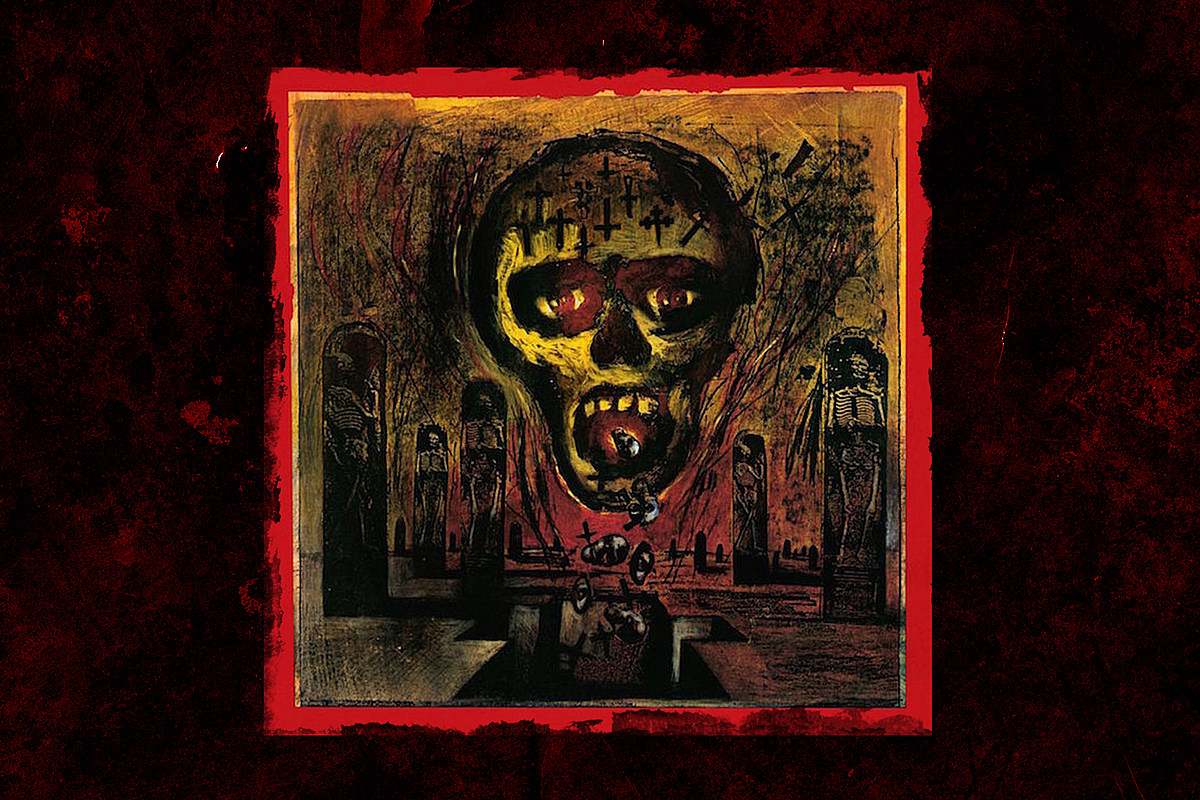 After releasing their speed-freak thrash metal manifesto Reign in Blood in 1986, Slayer slowed down their tempos for 1988’s South of Heaven. But it was on Seasons in the Abyss, which came out October 9, 1990, that Slayer found a confident middle ground between sheer velocity and malicious mid-paced chugging.

The band started working on the new songs almost immediately after getting off tour. Continuing from the war and real-life atrocity themes they successfully explored on South of Heaven, Slayer crafted songs about the horrors of the battlefield, nuclear war, street gangs and, of course, serial killers.

“I just think we just wanted to keep being Slayer,” guitarist Kerry King told me in 1994. “There were a lot of bands that had built careers by copying what we had done and we wanted to show everyone we could still do it better.”

Guitarist Jeff Hanneman worked on the music for seven of the 10 songs on the album (two with King), but only contributed lyrics to two songs, “War Ensemble” and “Hallowed Point,” which he wrote with bassist and vocalist Tom Araya. The singer wrote lyrics for four other songs on his own, while King wrote music on his own for three songs and lyrics for four.

“Back then we collaborated a little more on stuff,” Araya said. “I worked with Kerry on ‘Expendable Youth.’ Jeff, Kerry and I all wrote ‘War Ensemble’ together. We knew we had great songs and we wanted the lyrics to be as powerful as they could be as well.”

In March, 1990 Slayer entered Hit City West studio in Los Angeles with producer Rick Rubin. Over the next four months the band also worked at Hollywood Sound and Record Plant. “I don’t remember anything really special about the recording session,” King says. “We were all just excited to get these songs out there. It felt like the session went pretty smoothly.”

One of the highlights of the album, and a longtime staple of the band’s live show, was “Dead Skin Mask,” a song based on the nefarious deeds of Plainfield, Wisconsin serial killer Ed Gein, who, in the 50s, made trophies out of his victim’s bones, skin and organs. “Jeff wrote the music and I took off with the lyrics,” Araya said. “I just pictured what it must be like to be in this guy’s head. You’ve got to be really f—ed up to cut up people’s faces and make masks out of them.”

Seasons in the Abyss reached number 40 on the Billboard album chart, which, at that point, was Slayer’s highest position in their career. The album went gold in April, 1993. Slayer supported Seasons in the Abyss with a lengthy tour that included the legendary Clash of the t**ans tour, which included Megadeth, Anthrax and Alice in Chains (a European version preceded the U.S. dates, but replaced Anthrax and Alice in Chains with Testament and Suicidal Tendencies)

“There might have even been talk of a ‘Big Four’ tour back then, but we probably couldn’t get Metallica onboard,” said King. “But it was a big to do, man, and people came out for it. At the time, that was the biggest tour we had been on and the timing couldn’t have been more perfect.”

Loudwire contributor Jon Wiederhorn is the author of Raising Hell: Backstage Tales From the Lives of Metal Legends, co-author of Louder Than Hell: The Definitive Oral History of Metal, as well as the co-author of Scott Ian’s autobiography, I’m the Man: The Story of That Guy From Anthrax, and Al Jourgensen’s autobiography, Ministry: The Lost Gospels According to Al Jourgensen and the Agnostic Front book My Riot! Grit, Guts and Glory.