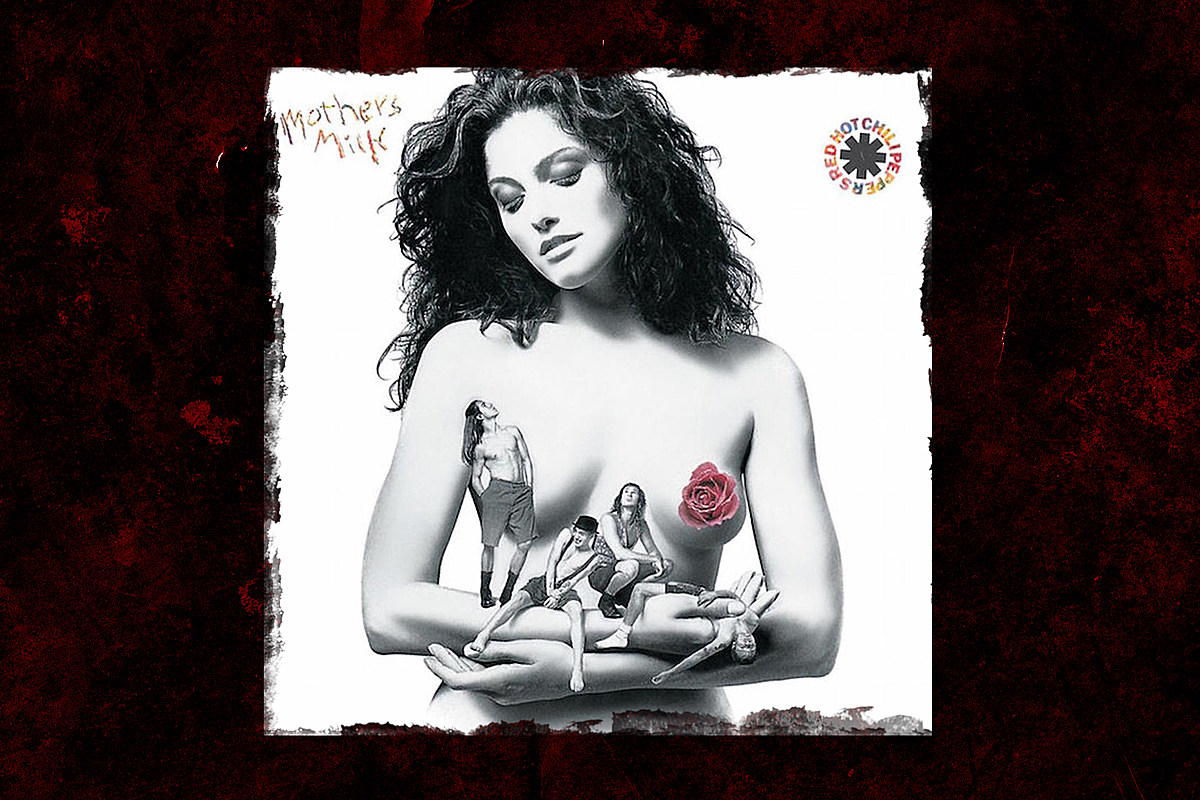 Red Hot Chili Peppers underwent several changes earlier in their career and one of the key turning point for the band came when they released their Mother’s Milk album on Aug. 16, 1989. The group had started gaining some traction with their 1985 album Freaky Styley and its 1987 follow-up, The Uplift m*** Party Plan, but tragedy struck in June of 1988 when guitarist Hillel Slovak passed away at the age of 26 from a heroin overdose.

To say the least, it affected the band hard. Drummer Jack Irons, who had exited the original Chili Peppers lineup to form What Is This? with Slovak before they both returned to the Chili Peppers, decided to leave the group after the guitarist’s death. Singer Anthony Kiedis entered rehab. And before settling on their lineup for Mother’s Milk, the group would briefly try out Blackbyrd McKnight on guitar and Dead Kennedys’ D.J. Peligro on drums. McKnight lasted three shows, Peligro a little longer, but even though their tenures were short, they did record with the band on the song “Blues for Meister” that was eventually included on the Out in L.A. rarities collection.

After McKnight’s exit, Flea suggested a teenage guitarist named John Frusciante that he had initially recommended to audition for Thelonious Monster. Flea stated in the Chili Peppers’ book Fornication that Frusciante was “a really talented and knowledgeable musician,” adding, “He knows all the s–t I don’t know. I basically know nothing about music theory and he’s studied it to death, inside and out He’s a very disciplined musician — all he cares about are his guitar and his cigarettes.” For his part, Frusciante wasn’t really a funk musician, but did his due diligence by studying Slovak’s playing.

As for the drums, they set up auditions, but once Chad Smith entered the room, he was the guy. “It lit a fire under our asses,” said Flea, who added that his personality was a plus. Smith recalled to Rolling Stone, “[Denise Zoom] knew that they were looking for a drummer, and my friend, Newt Cole, who was dating Denise, said, ‘I got your guy. I’m friends with Chad, man. He eats drums for breakfast.’ Unbeknownst to me, that’s how I was presented to the Chili Peppers. So, when I go in to audition, I’m bringing my drums in to the little crappy, s–thole hully-gully rehearsal place in Silver Lake, and I look at Flea and he goes, ‘What is that, your breakfast?’ And I’m like, ‘What?’ He’s this little, short guy with a funny Mohawk. And they’re looking at me like, ‘Who is this Midwestern galoot, hairy, bandana-wearing… Get this guy out of here.'”

He adds, “At the time, there was that big Sunset Strip [scene]: The Guns N’ Roses, Mötley Crüe thing was happening at that time, big-time. So they were like, anti that — the Peppers weren’t about that at all. Nor was I, I just looked that way ’cause I’m from Detroit. So as soon as we start playing, man, that all went out the window.” Smith was hired in December 1988.

With the new lineup set, the band worked up their basic tracks at the Hully Gully studios in Silver Lake, Calif., before entering Ocean Way Recording in Hollywood in February of 1989. Many of the songs, like the breakout track “Knock Me Down,” were formed out of jam sessions. “We played hard and fast and more than at any other time in our career, I think,” said Flea. “A lot of chops were going down. We played constantly, got to know each other and came up with the record.”

MIchael Beinhorn was chosen to produce the disc, but the band had issues over the sound. According to Anthony Kiedis in his Scar Tissue book, “[Beinhorn] wanted John to have a big, crunching, almost metal-sounding guitar tone whereas before we always had some interesting acid-rock guitar tones as well as a lot of slinky, sexy, funky guitar tones.” He added, “I couldn’t tolerate his direction any longer. He was trying to squeeze something out of me that I wasn’t feeling, and we got in a fight and I knew that I was done with him.” Beinhorn stated, “Suffice to say that I had a very intense personal relationship [with the band] and somewhere along the line I fell out with [them].”

As far as the music, Red Hot Chili Peppers scored their first major radio success with a heavier, funked-up cover of Stevie Wonder’s “Higher Ground.”  “The lyrics are great,” said Flea to BAM! magazine, “Especially as far as the situation that the band has been in, as far as the state of mind, for the past few months. That song is really about raising and uplifting yourself spiritually.” The band shot a video for the track, initially hoping to lure Wonder to guest star in the clip, but the legend declined. But the visually chaotic and eye-catching clip became a big time favorite at MTV and helped introduce the band to a larger audience. Though the song only peaked at No. 11 on the Modern Rock chart, it has become one of their biggest hits.

The follow-up track has stood the test of time as well. “Knock Me Down” climbed to No. 6 on the Modern Rock chart and its frenetic energy has made it a fan favorite. Kiedis said of the track, “[The song] is about letting your friends know that you need help and then being willing to accept the help from others when you need it, whether it’s from drugs, or from a number of personal problems.”

The disc included several other standout cuts, including the more meditative “Taste the Pain,” the self-explanatory “Punk Rock Classic,” a cover of the Jimi Hendrix classic “Fire” and the beat-driven “Magic Johnson.” The latter track sparked a little friendly in-band rivalry. Smith told Rolling Stone that the track was initially t**led “Fairfax High” and featured a marching cadence from Flea and Anthony’s old high school. But eventually the group reworked the track and changed the t**le while Smith was away. The drummer recalls, “I came back and I was excited to hear it — they were putting overdubs on it. Anthony was like, ‘Oh, man, wait until you hear what we did to ‘Fairfax,’ it’s so great.’ And you have to remember, me being from Michigan, I was a big Detroit Pistons fan, all right? And we love our basketball obviously. And those guys are big Laker fans.” At the time, the Pistons and Lakers were meeting in the NBA Finals, and Smith recalls initially hating it because of the Laker-loving lyrics. He adds, “I’ve come to love the Lakers. I support the Lakers — unless they’re playing my Pistons, cause I’m loyal to my hometown in all sports.”

While the album came together rather quickly and did result in some drama, Mother’s Milk has gone on to become a classic and is viewed by many as a breakthrough moment in the band’s career. The disc would peak at No. 52 on the Billboard Album Chart, their highest mark to that point in their career. It went gold within a year and eventually became a platinum seller. And the lineup of Kiedis, Flea, Frusciante and Smith would become the band’s most prolific foursome, all starting with Mother’s Milk.