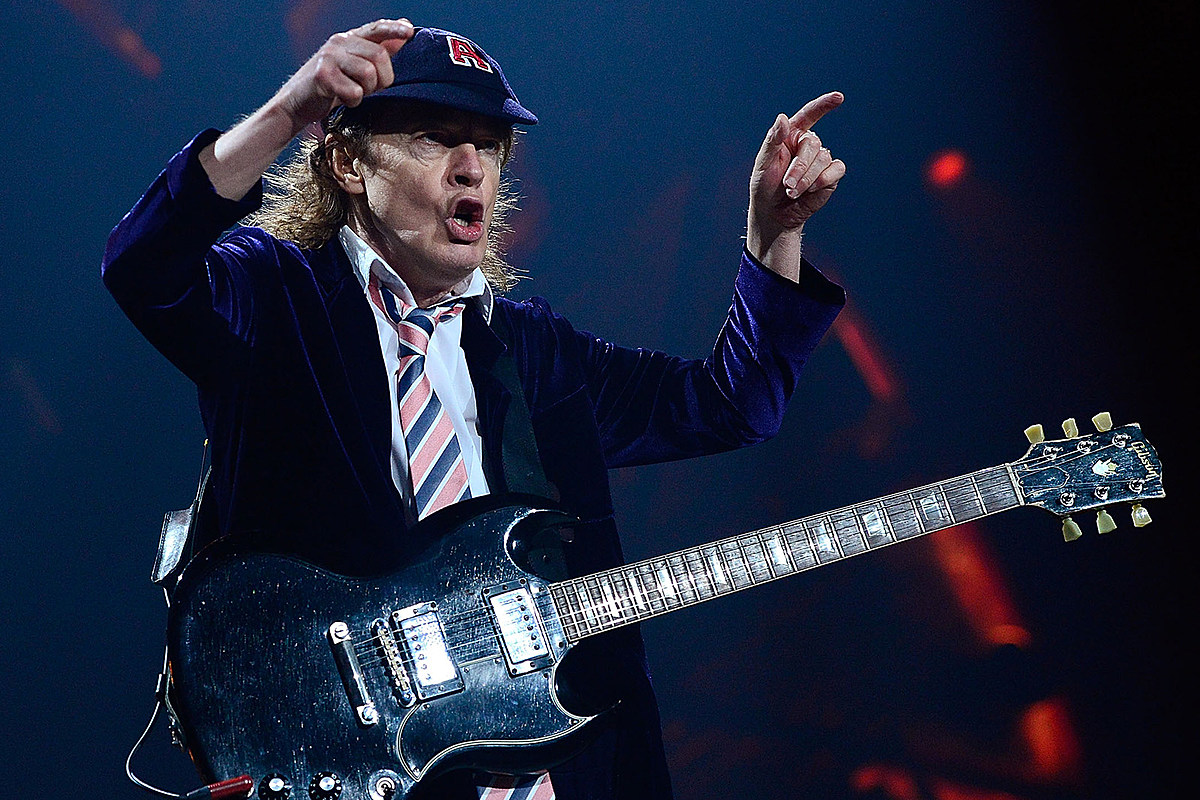 Angus Young discussed his “great memories” of AC/DC’s early days, including the time they performed at a school for deaf children and received a powerful response.

Ahead of the arrival of AC/DC’s new album Power Up – made up of some but not all of the material Angus Young stockpiled with late brother Malcolm – the guitarist recalled the times when the band made its way across its home country in the hope of achieving success.

“A lot of great memories, going through Australia, playing a lot of places,” the guitarist told Australian station 105.1 Triple M in a new interview. “I remember us going through places like Queensland, even through New South Wales and some of the country areas, where you just had the fields … out would come a truck and we’d play on the back.”

Young noted that one of the most “cherished things” took place in South Australia. “We were playing to a lot of school audiences of different ages, like high-school years to primary schools, and also little preschoolers, kindergartens,” he said. “But I think one of the great ones was, we were playing for a school of deaf children. And, you know, they loved it – they roared more than … any of the people without that affliction. They were just so enthusiastic.”

He also confirmed stories about AC/DC members going fishing after concerts. “Mal and Phil [Rudd], they’d get out a little boat and do a bit of fishing, a bit of beer drinking,” he recalled. “When we went first to America and that, Bon [Scott], Mal and Cliff [Williams] would go out, get a boat and go fishing … at night.”

Young also brought up a slightly negative memory, which took place after the death of singer Scott in 1980. “I remember doing a radio interview once and the guy was just – all he could talk about was Bon Scott,” he said. “Halfway through the interview, I said, ‘Look, we were with him!’