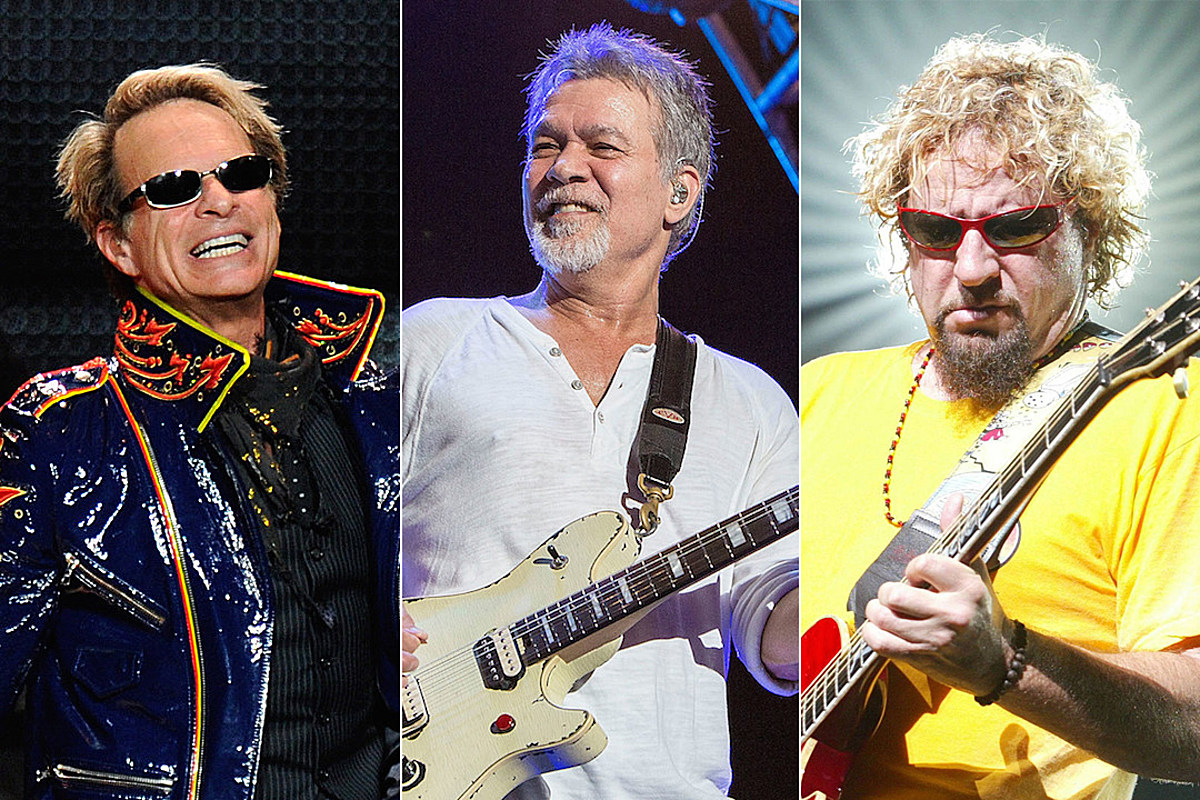 Yesterday (Oct. 6), the world mourned the loss of guitar legend Eddie Van Halen, who died at age 65 after spending years battling cancer. An outpouring of love and support has some from countless members of the rock and metal community, including messages from family members and bandmates from all eras of the band’s history.

Notably missing is Van Halen drummer and Eddie’s brother Alex, who does not have a regular social media presence and has yet to issue a public statement.

David Lee Roth, known for his sharp (and sometimes perplexing) wit and word salad quotes, elected to leave just a handful of words to sum up their collective time together. “What a long great trip it’s been…” tweeted Diamond Dave, who posted a late-career backstage photo of him and Eddie clasping each other’s hand.

Hagar, who first replaced Roth in 1985 and sang on four studio albums before his initial exit in 1996 (he’d later rejoin from 2003 to 2005), posted a photo of himself and Eddie together on a plane, Eddie’s arm slung around the singer’s shoulder as they smiled for the camera.

“Heartbroken and speechless. My love to the family,” offered Hagar.

Michael Anthony, who entered the band in 1974, two years after their formation, and departed in 2006, shared three classic onstage photos on Instagram and stated, “No words… Heartbroken, my love to the family,” with a broken heart emoji accompanying the text.

Actress Valerie Bertinelli, who married Eddie in 1981 (they later divorced in 2007) shared a family photo picturing the smiling mother and father with their baby son, Wolfgang.

She wrote, “40 years ago my life changed forever when I met you. You have me the one true light in my life, our son, Wolfgang. Through all your challenging treatments for lung cancer, you kept your gorgeous spirit and that impish grin. I’m so grateful Wolfie and I were able to hold you in your last moments. I will see you in our next life my love.”

For many Van Halen fans, it was Wolfgang’s post in which they learned of the guitar legend’s death. “I can’t believe I’m having to write this, but my father, Edward Lodewijk Van Halen, has lost his long and arduous battle with cancer this morning. He was the best father I could ever ask for. Every moment I’ve shared with him on and off stage was a gift. My heart is broken and I don’t think I’ll ever fully recover from this loss. I love you so much, Pop.”

Singer Gary Cherone, who fronted the band between 1996 and 1999, contributing to just one album, Van Halen III, said, “Whether you were blessed to have known him or not, he was a kind and gentle soul… His impact on ALL our lives was immeasurable! His music, eternal! My deepest sympathies to the Van Halen family… Love you Ed. #LongLiveTheKing!”

15 Artists Who Hated Their Own Hit Songs

Rise Against Rock Chicago’s Metro for Save Our Stages Festival