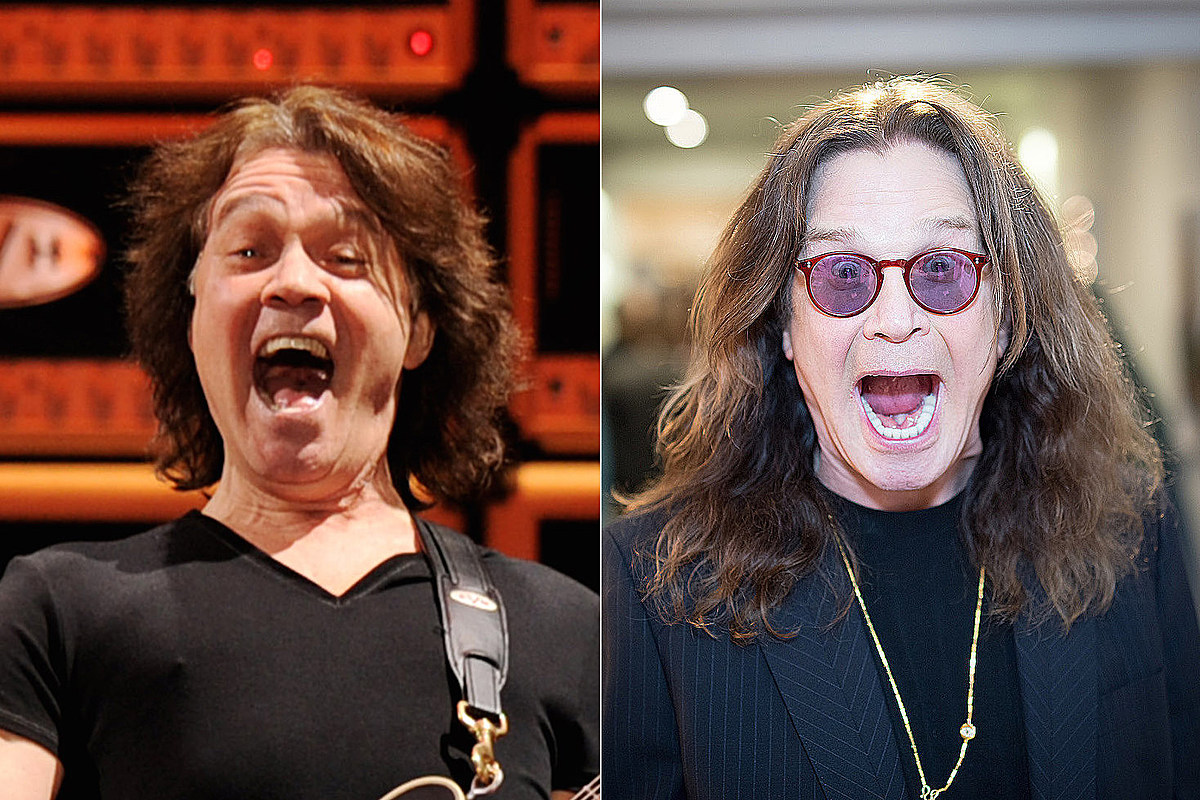 Somewhere, in an alternate universe, Ozzy Osbourne has fronted Van Halen. This scenario could have been an Earthly possibility after Eddie Van Halen once drunk dialed the “Prince of Darkness,” asking him to sing for the legendary California group. At least, that’s what Ozzy just revealed in an episode of “Ozzy Speaks” on SiriusXM.

The history between the Black Sabbath legend and the late guitar icon goes back more than three decades. As Sabbath were faltering in 1978, they invited a young Van Halen to open for them on tour, which helped introduce the world to the pyrotechnic Eddie Van Halen and his groundbreaking skill set.

“You think you’ve seen it all. Then out of the blue, somebody comes out with such a revolutionized way of playing,” Osbourne recollected of Eddie Van Halen’s arrival. “To watch Eddie play was, like — his hands would turn into a spider. It was remarkable. He always made it look like it was so easy,” the singer enthused.

Osbourne was asked if he had ever worked with Eddie at all, beyond onstage appearances. “No, no, no,” he dismissed, then speaking about a drunken phone call once that opened the door for them to work together.

“He phoned me up one time and asked me if I wanted to sing in his band — way after Sammy [Hagar had exited the band]. I think he was a bit drunk,” Osbourne continued, acknowledging the familiar situation when he stated, “We’ve all done one of them — calling at four o’clock in the morning, going, [intentionally slurs speech].”

The world never got to see Ozzy sing in Van Halen and, currently, fans are hoping they can see Ozzy at all as the rocker has had to postpone multiple world tour legs on the “No More Tours 2” farewell run, due to both injuries and the coronavirus pandemic. He most recently booked a 2022 European and U.K. trek with Judas Priest.

Attack Attack! Release Teaser of New Song "All My Life"