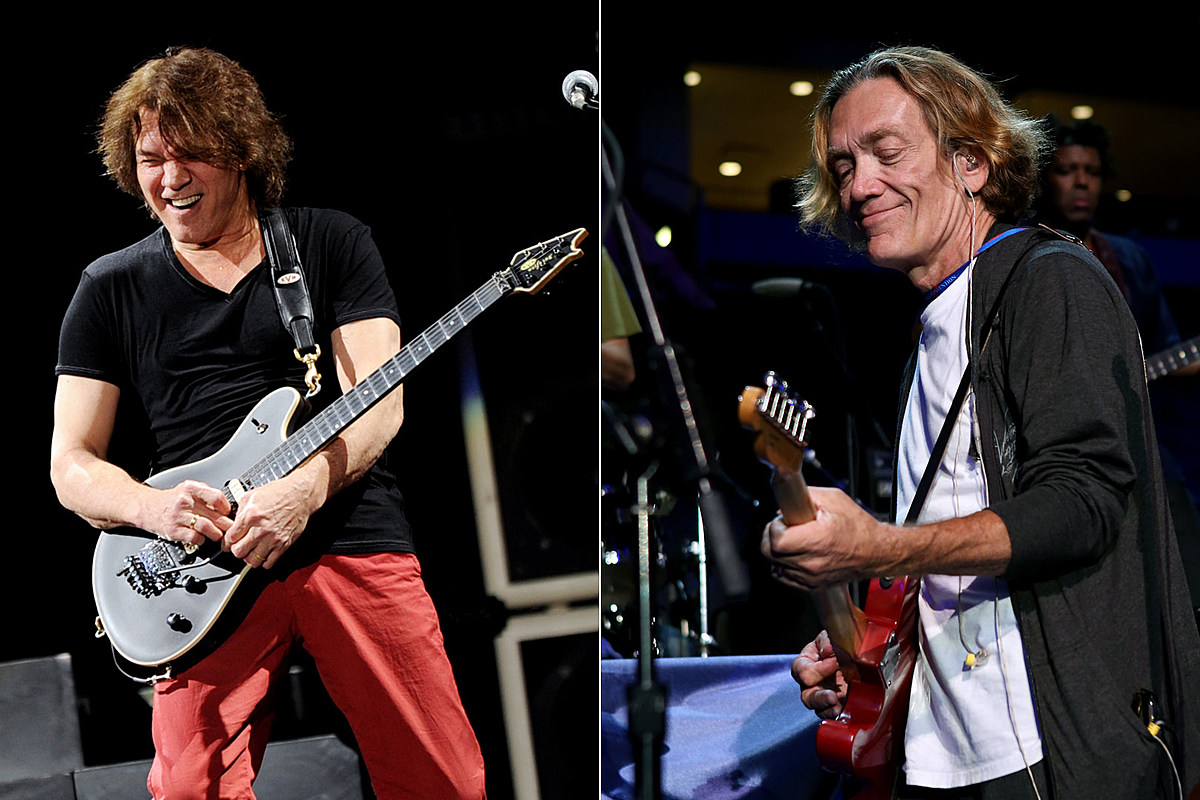 You gotta love surprises! In February 1987, that’s exactly what the Saturday Night Live viewing audience got as Eddie Van Halen made an impromptu musical cameo on an episode featuring his wife, actress Valerie Bertinelli, who was the host that week. As you might expect, the result was truly incendiary.

G.E. Smith, who came to fame playing in the Hall & Oates band before becoming the band leader for Saturday Night Live, recalled to the Archive of American Television (as revisited in the Hollywood Reporter) how Eddie came to appear on Saturday Night Live, giving viewers a performance to remember.

As Bertinelli was the host, Eddie was hanging around that week, but as Smith recalls, the guitarist just got bored. “He doesn’t want to follow his wife around like a puppy dog, so he finds out about the music office, and he comes in and hangs out — because you can do whatever you want in the music office. We’re in there drinking, smoking, whatever. He was comfortable there. It was his people, band guys. He got that. He could relax.”

Smith says in the interview that SNL was enjoying a resurgence and it was not uncommon for him to reach out to known musicians who were in the area to come sit in with the band as an unannounced guest appearance. So, as Eddie hung with the members of the band throughout the week, eventually he decided to join the group for a performance and they worked up something with music director Lenny Pickett on the spot.

Saturday Night Live typically has a dress rehearsal performance as a run through for the cast, crew and audience before the actual live show, and as Smith recalls, “At dress it was fantastic — it was ridiculous how good it was. He’s a master, he really is. At air it was great, It was super high quality. But he made a tiny little mistake. He forgot where this one very intricate little thing [occurred]. Nobody would even know about it; maybe three people in the United States went, ‘Oh, Eddie made a mistake.’ He was so upset that he had made a mistake, but it was great.”

That performance is currently part of the Saturday Night Live archives and can be viewed in full here. The band gets an intro from Bertinelli before Eddie and G.E. clearly enjoy their rousing performance for the viewing audience.

In the aftermath of Van Halen’s death, a number of musicians and celebs have weighed in on Eddie’s immense talent and joy in bringing music to others. Read some of the tributes here.

Wolfgang Van Halen Says Rumors Are ‘Hurting Me and My Family’

30 Years Ago: ‘The Simpsons’ Airs its First ‘Treehouse of Horror’

How Thin Lizzy Blew Their Chance to Break America

Six Singers Who Could Have Fronted Van Halen