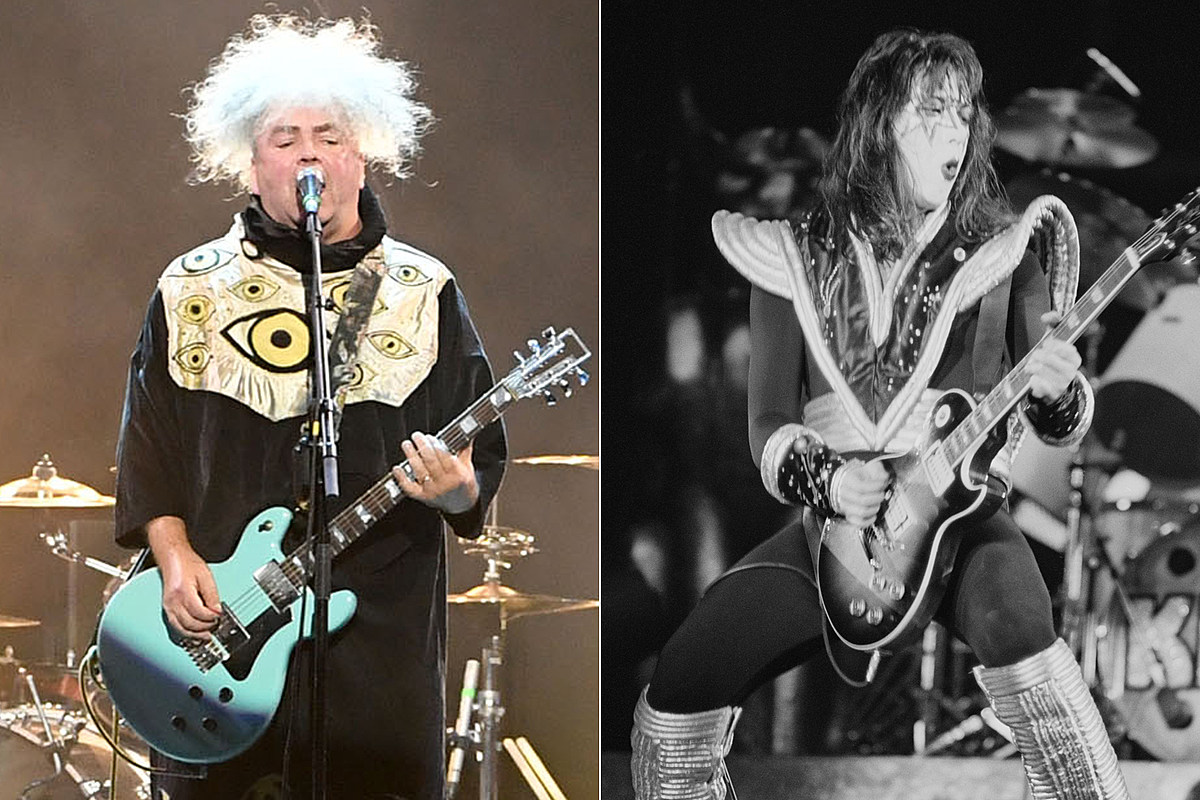 Melvins frontman King Buzzo has covered Kiss‘ “Shock Me” on his new Gift of Sacrifice album.

Buzzo’s acoustic take on the Ace Frehley-sung 1977 Love Gun song is the latest in a long line of Kiss tributes from the Melvins, who have previously recorded tracks such as “Goin’ Blind” and “God of Thunder,” and in 1992 released a trio of albums modeled after Kiss’ 1978 solo efforts.

You can hear both versions of the song below.

Gift of Sacrifice was originally intended as a one-man-band follow-up to 2014’s This Machine Kills Artists. “I’d planned on it being just me, an acoustic guitar and a modular synth,” Buzzo told GuitarGuitar about the new album earlier this year.

But at the last minute, longtime collaborator Trevor Dunn came aboard to add acoustic bass to nearly every track. “We had decided to do some shows together when the record came out, and I figured it’d be a good idea to do an EP that we could sell on the tour,” Buzzo explained. “Once we got recording it became obvious that he should play on almost the whole record.”

Buzzo disguised his latest Kiss tribute with two anagrams, changing the song’s t**le to “Mock She” and crediting Frehley as “F. Leech Year” in the liner notes. After Dunn came aboard, the duo also added a brief snippet of the instrumental coda from the 1974 Kiss track “Let Me Know” (which was later re-purposed for the Alive! version of “She”) to the middle of their cover.

“I was planning on doing that song anyway,” Buzzo told UCR. “We added that [coda] later. Once Trevor was there, we put that in. I just thought it would be funny to do that part with a stand-up bass.”

The original version of “Shock Me,” from 1977’s Love Gun, marked the first time Frehley handled lead vocals for Kiss, despite having co-written several key tracks on the band’s first five studio efforts. “I had no confidence in my own vocal ability,” he confessed in his 2011 autobiography No Regrets. The song was inspired by a real-life incident in which the guitarist was nearly electrocuted on stage.

The Melvins have maintained their usual busy release schedule during the pandemic with a series of new and catalog releases, including the Mullet EP, a collection of B-sides from 2002’s Hostile Ambient Takeover and a four-song split with Mudhoney entitled White Lazy Boy. Drummer Dale Crover recently announced the January 2021 release of his own sophomore solo album, RAT-A-TAT-TAT!

Myles Kennedy Kills It on Acoustic Cover of ‘The Trooper