How Tom Petty Ad-Libbed ‘Wildflowers’ in Just One Take 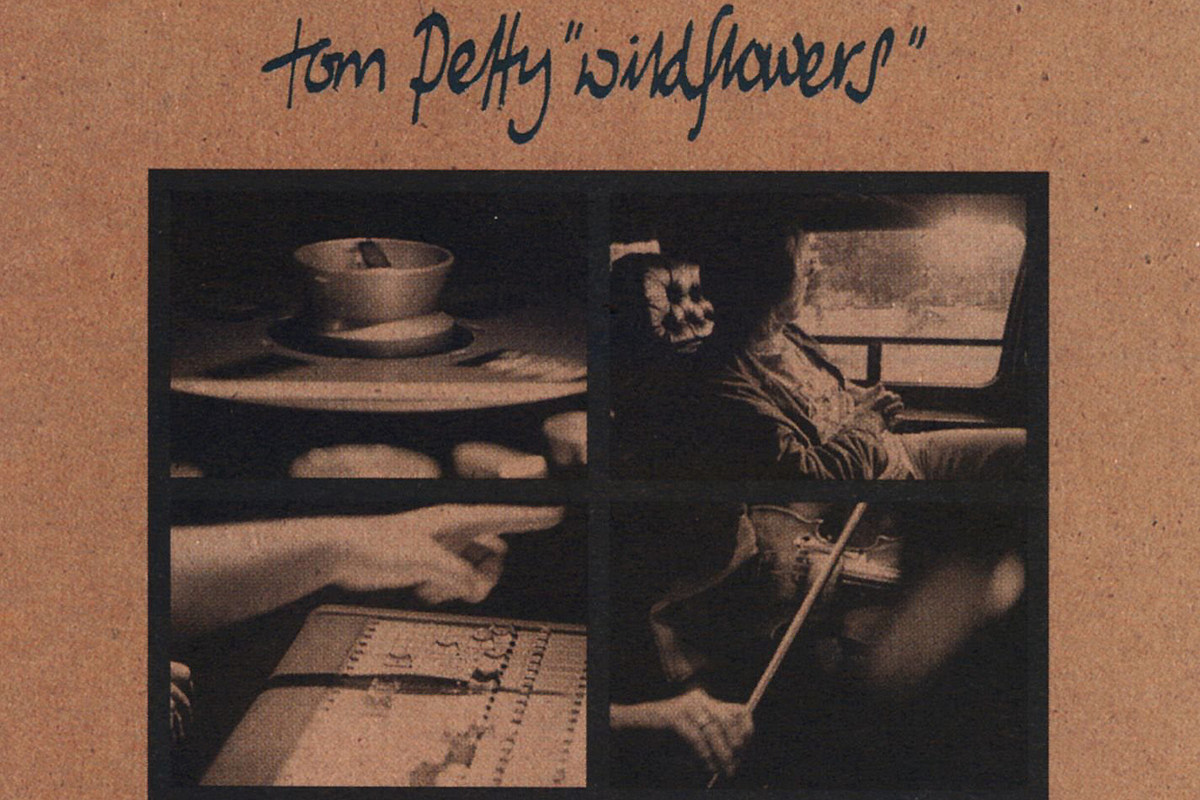 “I swear to god it’s all ad-lib from the word ‘go,’’ Petty told Paul Zollo in his 2005 book, Conversations with Tom Petty. “I turned on my tape deck, picked up my acoustic guitar, took a breath and played that from start to finish. And then sat back and went ‘Wow, what did I just do?’ And I listened to it. I didn’t change a word. Everything was just right there, off the top of my head. It’s a very sweet song. It’s got really good intentions.”

Sonically, “Wildflowers” came from a different world than much of Petty’s work from the ’80s. There are no drums on the track at all, and the song features little more than a jangly acoustic guitar, piano, a spot or two of harmony and Petty’s pure vocals. Turning instead to a more stripped-down, raw and natural approach, he entered the studio with his bandmates from the Heartbreakers, unsure exactly of what the result would be. “Wildflowers” arrived like a breath of fresh air, or as Petty put it, a “stream of consciousness.”

“I actually only spent three and a half minutes on that whole song,” the rocker confessed to Zollo. “So I’d come back for days playing that tape, thinking there must be something wrong here because this just came too easy. And then I realized that there’s probably nothing wrong at all.”

Producer Rick Rubin was also taken aback by the flow of material pouring out of Petty.

“One day, between cassette recordings of songs he was working on, he began strumming the guitar,” Rubin told Rolling Stone. “After a couple of minutes of strumming chords, he played me an intricate new song complete with lyrics and story. I asked him what it was about. He said he didn’t know, it just came out. He had written it, or more like channeled it, in that very moment. He didn’t know what it was about or what the inspiration was. It arrived fully formed. It was breathtaking.”

Though Rubin couldn’t remember the exact song Petty played — it could very well have been “Wildflowers” — the producer was amazed by the the ease with which Petty put tunes together. Rubin, also enamored with the songwriting from Full Moon Fever (1989), would go on to produce the entire Wildflowers record.

“When we first met, I was impressed with his dedication to writing,” the producer recalled. “He wrote constantly and called me to come and hear new songs often. There is a poetry about them that spoke to me.”

But that poetry wasn’t immediately clear to Petty when he wrote “Wildflowers,” and the direction the song was taking him was unclear, though he knew his crumbling marriage was likely playing a part.

“I’ve read that Echo is my ‘divorce album’, but Wildflowers is the divorce album,” Petty told biographer Warren Zanes in the 2015 book, Petty: The Biography. “That’s me getting ready to leave. I don’t even know how conscious I was of it when I was writing it. I don’t go into this stuff with elaborate plans. But I’m positive that’s what Wildflowers is. It just took me getting up the guts to leave this huge empire that we had built, to walk out.”

When the t**le track came tumbling out of his head, Petty didn’t recognize his subject straight away. His therapist asked him who the song was about.

“I told him I wasn’t sure,” the musician recalled to Zanes. “And then he said ‘I know. The song is about you. That’s you singing to yourself what you needed to hear.’”

It appeared the freedom the subject was seeking was Petty’s to find. Whatever had been bottled up inside had come out onto the page and had become an unforgettable three minute song about love and liberation.

“It kind of knocked me back,” Petty admitted. “But I realized he was right. It was me singing to me.”