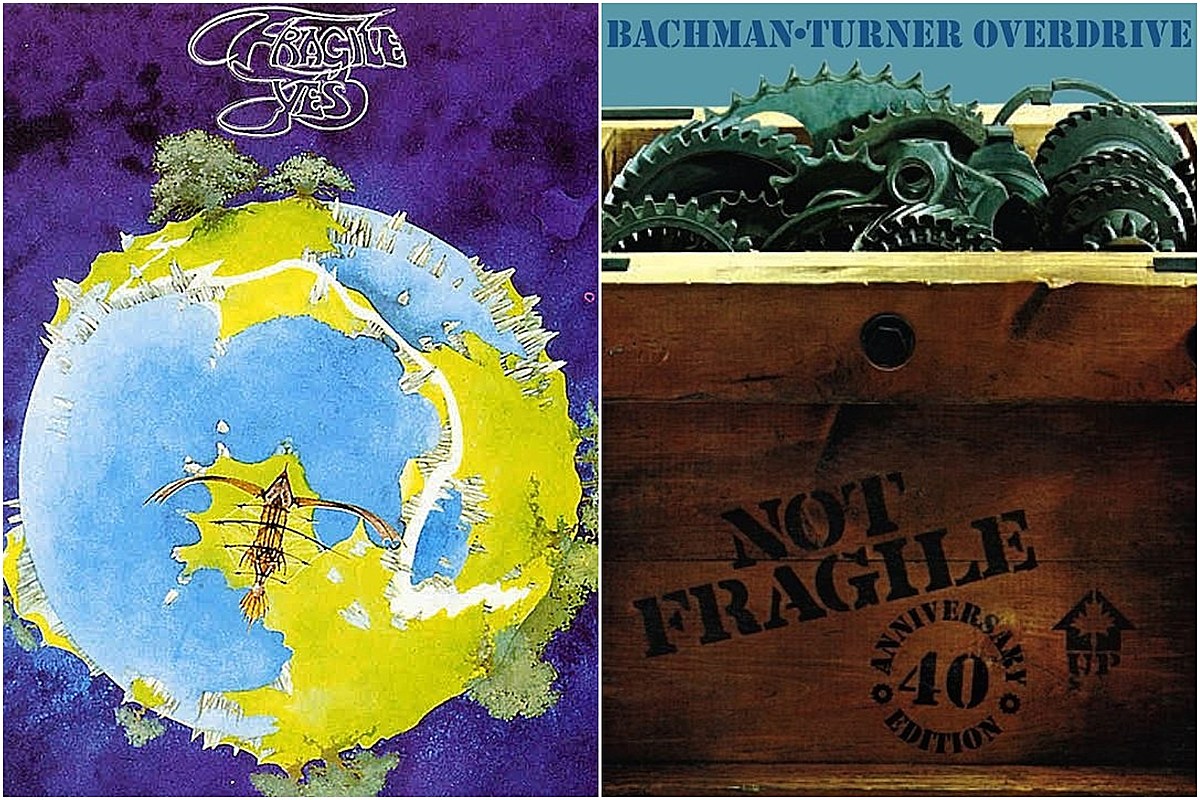 Bachman-Turner Overdrive‘s 1974 album Not Fragile was fueled by the brawny, melodic hard rock of “Roll on Down the Highway” and the stuttering “You Ain’t Seen Nothing Yet.” And its t**le was a playful swipe at Yes‘ oppositely named 1971 record.

“Yes had come out with an album called Fragile, and they had a world breaking up [on the cover], and [bassist] Fred [Turner] said, ‘Well, I want to call this album Not Fragile and show that it’s not fragile,'” guitarist Randy Bachman told UCR in 2014.

They used their third album’s t**le to highlight the contrast between Yes’ ornate prog and BTO’s bare-bones rock. “And we’re playing really heavy stuff,” Bachman noted. “Yes’ stuff is very fragile, because it’s all very intricate vocals and harmonies, and on our stuff, it was, like, four guys in the garage, playing — it was like Wayne’s World — playing guitars and just rocking out. It’s anything but fragile.”

That concept ended up — in a “Roundabout” way, one might say — defining the entire LP.

“[Turner] wrote the song ‘Not Fragile,’ and out of that came ‘Roll on Down the Highway’ — and then the mistaken song that was never even supposed to be on the album, ‘You Ain’t Seen Nothing Yet,’ comes out and becomes a No. 1 single,” Bachman said. “So that was like the pinnacle and the peak of the BTO moment.”

Bachman also reflected on the LP t**le for author (and UCR contributor) Sterling Whitaker’s 2003 book, Unsung Heroes of Rock Guitar, even noting how the album cover arose from that concept. “In the early ’70s, Yes had an album called Fragile, and I didn’t like that album t**le,” he said. “It seemed like it was gonna break! Our music seemed like you can drop it and kick it around and it wouldn’t break. So, just as a pun, we called our album Not Fragile, and then had a box of gears [on the cover] that looked like it was unbreakable.”

In a new interview with UCR, Yes guitarist Steve Howe says he “hadn’t heard the [BTO] story” but got a laugh out of it.

“I don’t think it shows them in the best possible light, but if you take it lightly and take it as a quip at the time, then good luck to them if they want to say that,” he says. “Since ’67, when I was a hippie, I knew that the world was fragile and that we were in a very dangerous place. Not Fragile is a funny retort to us, and I take it on the chin and really lightly.”

He also details the origins of the Yes t**le, noting that drummer Bill Bruford spotted the words “Yes – Fragile” on a flight case. “He said, ‘Why don’t we call the album Fragile?’ [We said,] ‘Ah, that’s a good idea!’ It’s simple and mundane but brilliant. Some of the best things are simple.”

According to Bruford, the t**le reflected the band’s internal instability more than any perceived preciousness of their music.

“I had proposed the group’s fourth album be called Fragile because I thought we were breakable, and the band’s art director, Roger Dean, brilliantly parlayed that idea up to the prescient image of the fragile planet Earth, with implications of a delicate and breakable ecosystem,” he wrote in his 2009 autobiography. “I had suggested the fifth album be called Close to the Edge because I continued to feel we were on the verge of implosion. Not great t**les, but surely better than the muddled Tales [From Topographic Oceans].”

David Crosby: ‘I Am an Old Idiot’ + Eddie Van Halen Was ‘Amazing’