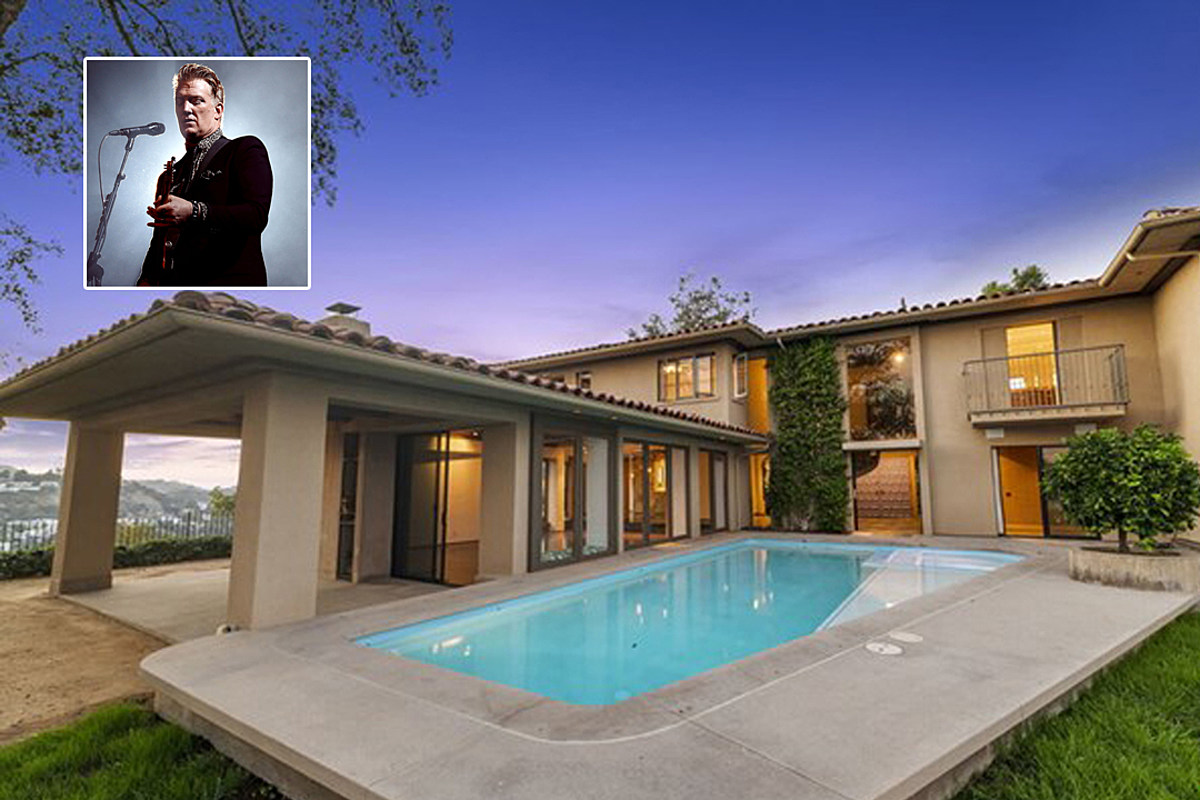 Queens of the Stone Age leader Josh Homme has placed his home in the Hollywood Hills on the market, with an asking price of $4.75 million.

The listing, held by Brian Joy of the Sanborn Team, calls the 4,554-square-foot property, which was built in 1964, an “architecturally stunning Modern Mediterranean,” singling out the spiral staircase and the “[e]xplosive views from almost every window.” The living room is noted by the wood-beamed ceiling, remote-controlled shades and a concrete fireplace.

All four bedrooms are suites, with the three located upstairs having their own balconies. The master is described as having a “hotel vibe” due to its marble backlit fireplace, hidden TV, two balconies (as well as one in the bathroom) and numerous closets.

Its kitchen includes a stainless steel Wolf range and a built-in bench, with the dining room containing a bar. It leads out to the patio, where the yard features a pergola, cafe lights, gas heaters and a large pool with a spa and changing room. The two-car garage adds a storage room and built-in cabinets. For security, the entire 15,589-square-foot property is gated and well-lit, with several cameras.

As Variety notes, Homme and his wife, Brody Dalle, who has occasionally been in Queens of the Stone Age, purchased the house in 2012 for $2.5 million. The couple have since separated. Earlier this year, they sold another place they shared in Palm Desert, Calif., for $976,000, a bit less than the $990,000 they paid for it more than a decade ago.

Myles Kennedy Kills It on Acoustic Cover of ‘The Trooper