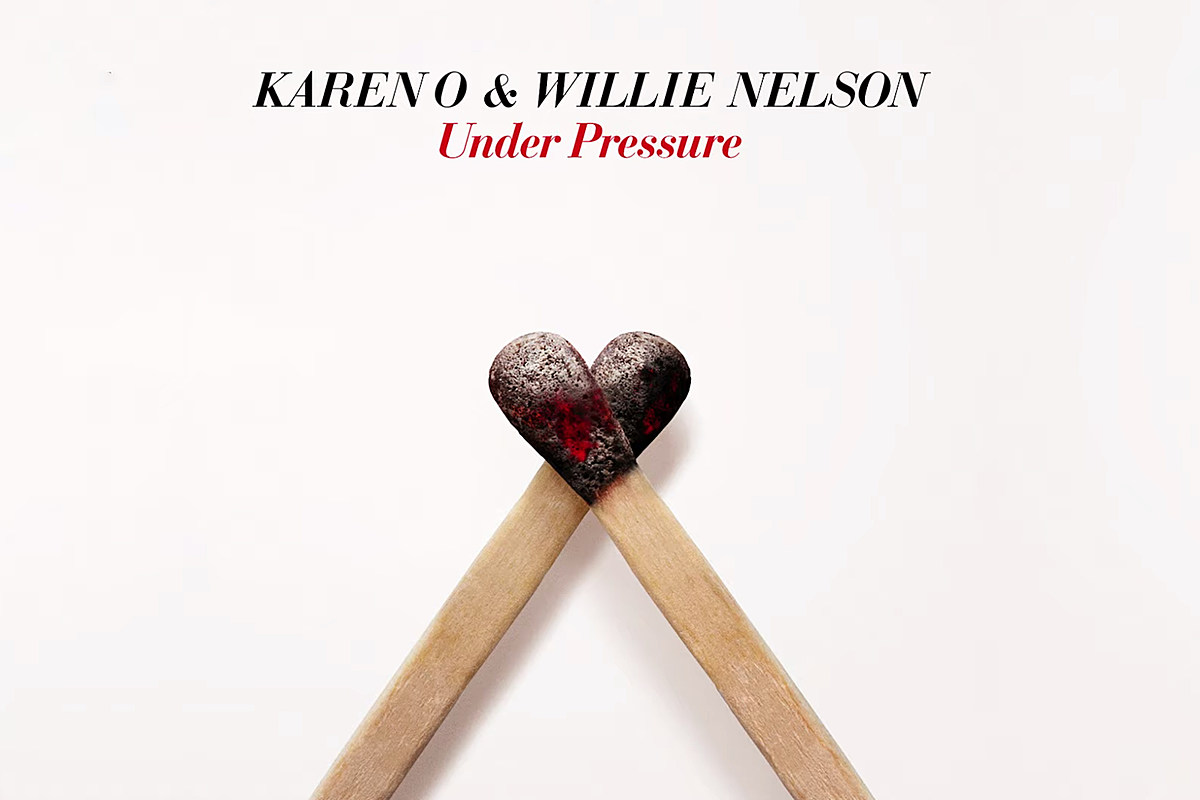 Willie Nelson and Karen O have released a cover of Queen and David Bowie‘s classic “Under Pressure.”

“A friend on the board of NIVA asked if I knew of any country artists who could sign a letter to Congress asking them to help save independent venues from going extinct due to COVID,” O explained in a press release announcing the song. “I recalled my buddy Johnny Knoxville being friends with Willie, so I asked to see if he could check in with Willie about it, and then out of sheer audacity I added, ‘And if he ever wants to do a duet, I’m ready and willing!’”

To the Yeah Yeah Yeahs frontwoman’s surprise, Nelson was open to the idea.

“Willie’s daughter Amy very supportively said, ‘Have her send him the song and he’ll sing on it!’” O recalled. “At this point, my mind was melting, but I had to focus and pull a song out of the ether that was worthy of a living legend and spoke to the people in troubled times – not an easy assignment. Then, like a bolt out of the blue, ‘Under Pressure’ came to mind—I’ve heard this song countless times without processing the gravity of what Bowie and Freddie [Mercury] were singing about, maybe because their performances are so exhilarating, you get swept away in the high of that duet.”

Unlike the bombastic original, the new rendition is a sparse, more subdued version of the rock classic. Inspired by the gravity of the upcoming presidential election, O and Nelson deliver poignant vocals, with twangy guitar adding soft highlights to the famous tune.

“Our cover was meant to be more intimate but just as saturated with the power of love,” O explained. “I can’t listen to this song without tearing up every time Willie comes in – one of the purest voices, which, of course, reflects a pure heart, and I get to sing alongside it. I never knew if it was actually going to happen, but you must dare to dream. I hope the song brings as much light to the listener as it has to me in dark times.”

The new song arrives just two days after the 39th anniversary of the original track’s release.

You can listen to Nelson and Karen O’s cover of “Under Pressure” below.

This isn’t the first time O has delved into the world of classic-rock covers. The singer teamed with Trent Reznor in 2011 for a rendition of the Led Zeppelin classic “Immigrant Song,” which was featured on the soundtrack to the film The Girl With the Dragon Tattoo.