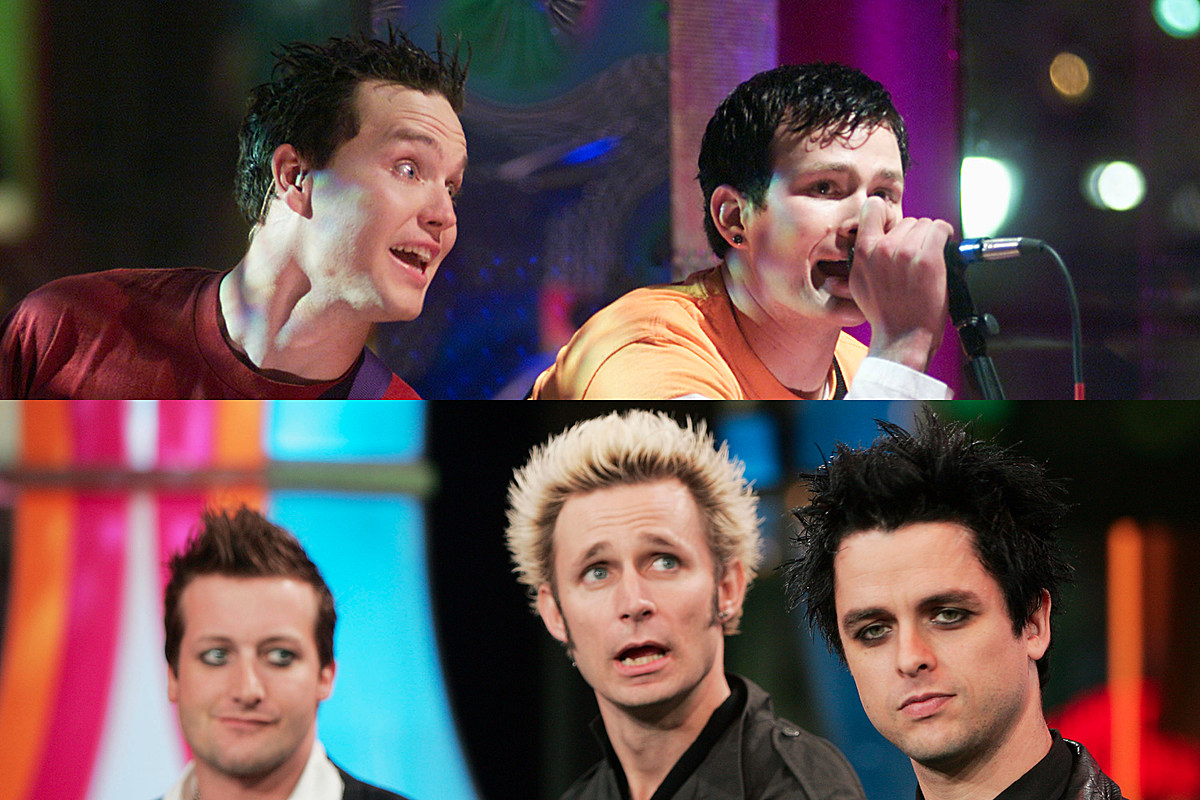 Fans of blink-182‘s breakout 1999 anthem “What’s My Age Again?” might not know that a Green Day B-side inspired the very foundations of the song.

But blink-182’s Mark Hoppus fessed up about the fact in a recent interview with the aptly t**led Chris DeMakes a Podcast, a podcast from Less Than Jake guitarist-vocalist Chris DeMakes, as Billboard pointed out.

Just what Green Day song drove the creation of one of blink’s biggest hits? In fact, it was Green Day’s “J.A.R. (Jason Andrew Relva),” a deep cut from the Bay Area band’s early days, that sowed the sonic seeds for “What’s My Age Again?”

And it’s mainly because of the tune’s wicked bass line.

That’s how Hoppus laid it out when asked if the high-energy song about never growing up — it’s working t**le was “Peter Pan Syndrome,” as real blink heads know — was entirely autobiographical.

“I was just writing a funny song,” Hoppus explained. “I’ll tell you what the very origin of the song was. There’s a Green Day song called ‘J.A.R.’ that’s on the Angus soundtrack, and it starts off with this bass intro that’s really rad.”

The musician continued, “I was messing around on the guitar trying to learn that and then I kind of messed up the progression and I played it incorrectly. … And then I was like, ‘That sounds kind of cool,’ and that was the basis for the opening riff of the song. It was me trying to learn ‘J.A.R.’ on guitar and messing it up and coming up with something that I liked that was different than that.”

Once, at a concert between the two bands, the blink-182 member even shared his love for “J.A.R.” with Green Day’s frontman. But Hoppus might have turned a little red-faced when Billie Joe Armstrong reminded him that Green Day bassist Mike Dirnt wrote the song.

“I was in Green Day’s dressing room on the first night of the show,” Hoppus recalled. “Talking with Billie Joe, just like, ‘Hey, you know, I’m a big fan and I’ve been influenced by your band and stuff,’ and, ‘Man, I fucking love ‘J.A.R.’ so much, that song is so good. I think that’s your best song, and I am a fan.’

“And he goes, ‘Yeah, that’s cool. Mike Dirnt wrote that one. That’s the only one of our songs that he wrote.'”

Just one listen to the opening riff of the Green Day number will give the listener a good sense of the bass guitar landscape Hoppus first envisioned for his rumbling four-string run, the one that ignites “What’s My Again Again?” Still, one wouldn’t necessarily know they’re connected without being told.

“J.A.R.” indeed appears on the soundtrack Hoppus identified, for the nearly forgotten 1995 comedy Angus, alongside equally nostalgic alt-rock contributions from the likes of Weezer, Ash and Smoking Popes.