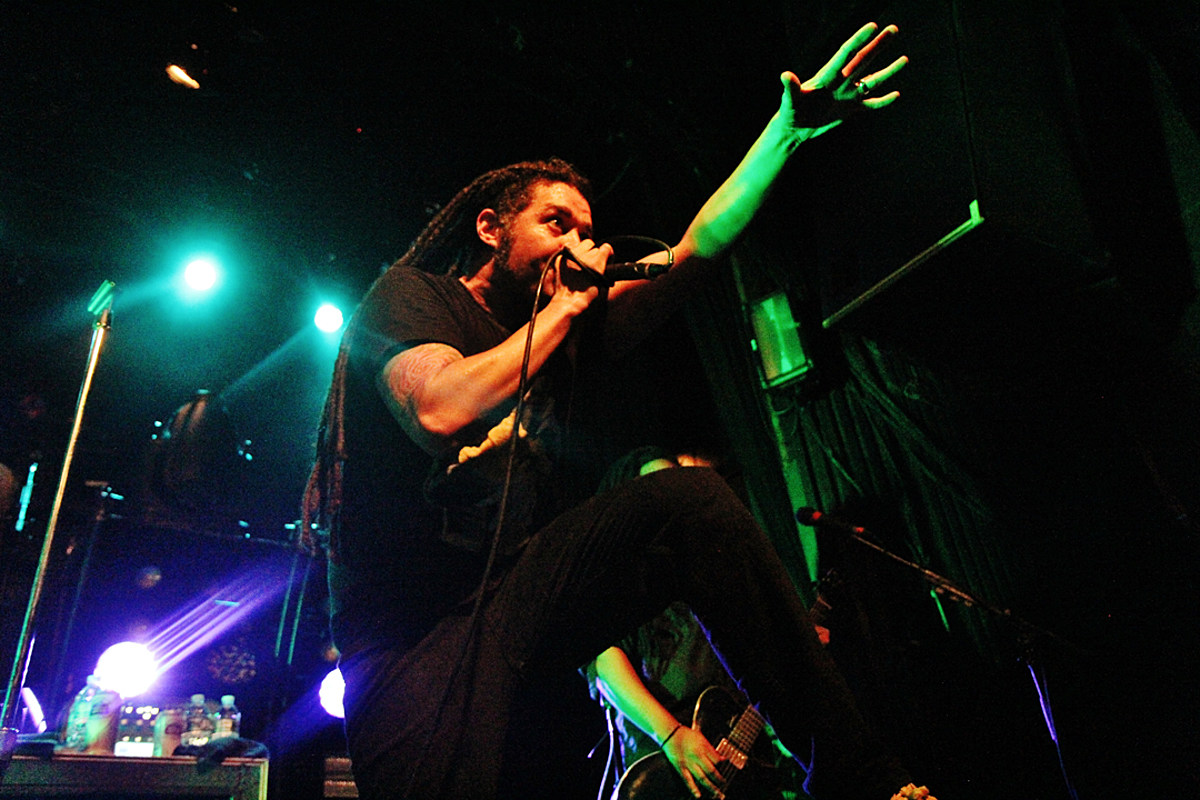 There’s been a bit of controversy over the last few days surrounding a festival set to take place in Wisconsin in mid-July, which was formerly t**led “Herd Immunity Fest.” Nonpoint were originally part of the lineup, but have since dropped out. Frontman Elias Soriano detailed their decision in an interview with Loudwire Nights.

Despite health officials still encouraging social distancing measures and suggesting that large gatherings not take place, the outdoor festival is being held at the Q & Z Expo Center in Ringle, Wisconsin from July 16 through the 18. Following backlash over the event’s name, the organizers shared that their venue capacity is 10,000 and assured that they are only selling enough tickets for 20 percent of that. They also confirmed the name is being changed.

When Nonpoint were first presented the offer to play the festival, Soriano claimed that it did not yet have a name.

“There’s a lot of deciding factors to acceptance of any show by any band. There’s multiple members of the band who’ll remind everyone that we’re in the middle of a recession,” the frontman explained. He added, however, that they’ve turned down a multitude of opportunities to perform due to unsafe circumstances, like the show being held indoors.

“If people know anything about my band, there is one thing that no one can argue with — it’s that we are very fan engaged,” he affirmed. After receiving an offer for a show, the members collectively decide whether they should take the offer or not. During this particular time, he said they want to make sure social distancing limitations are intact and being promised by the venue — masks, disinfecting stations, etc.

Soriano noticed a lot of negative comments within their fanbase regarding the t**le of the festival, and he realized the discrepancy in beliefs amongst people over whether the virus is an actual threat or not.

“I can’t ask my fans to hope that the person next to them — that may not be a fan of my band — shares those beliefs,” he stated. “That the COVID situation is real, that there are hundreds of thousands of people dying, and we should take it seriously.”

“Do we want to put our fans in that situation and hope that they make it out okay? Or do we want to disassociate ourselves with it because it’s giving the impression that we don’t believe it.”

“We sign the contract to play a show, not to create what’s considered ‘herd immunity.'”

Following the announcement of the festival, Powerman 5000‘s Spider One wrote a tweet that called out the bands who were set to play the festival. However, Soriano confirmed that Nonpoint had already dropped off of the bill the day before.

Nonpoint’s latest song “Remember Me,” which you can hear below, is dedicated to the frontline workers who’ve put their lives on the line throughout the coronavirus pandemic. To hear more about the festival and the band’s upcoming new music, listen to the full Loudwire Nights interview above.