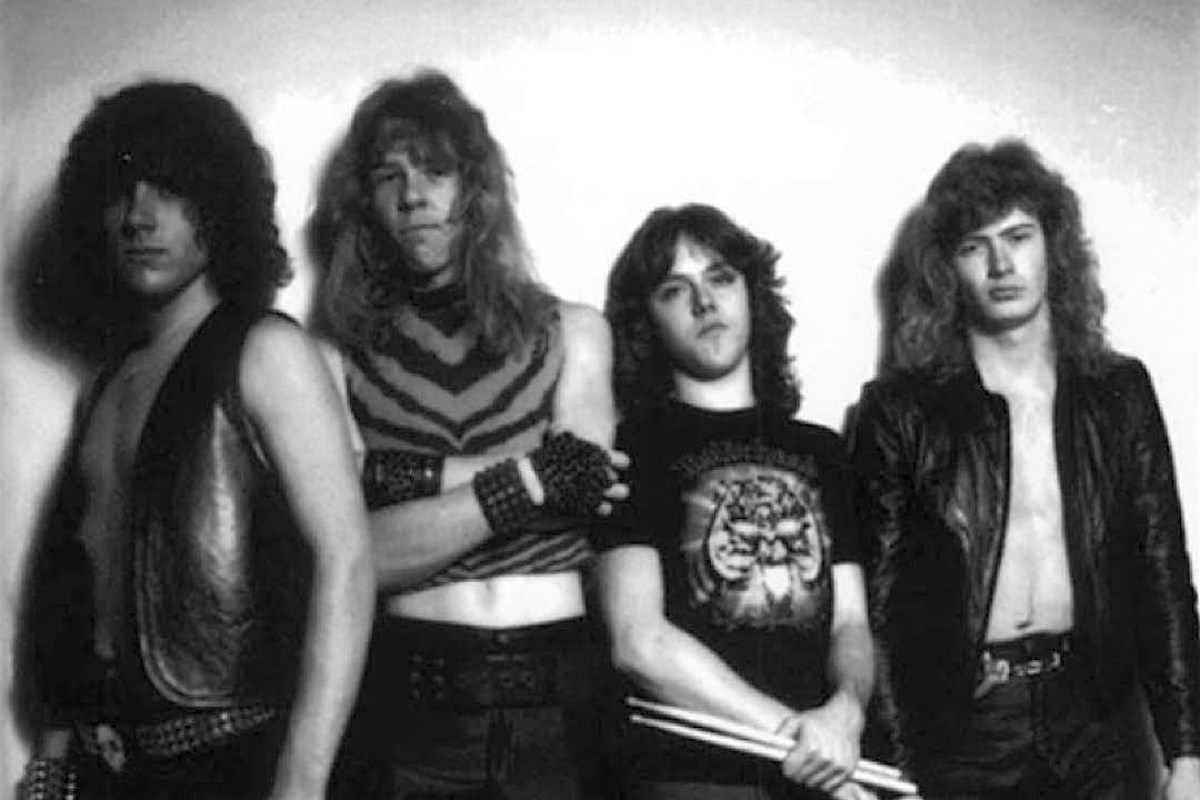 Ron McGovney, Metallica‘s very first bassist, has revealed his selection for the band’s “most disgusting song.”

The musician was a member of Metallica in 1982, joining the Bay Area thrashers shortly after Lars Ulrich and James Hetfield formed the act but before their split with future Megadeth leader Dave Mustaine. Later that same year, the late Cliff Burton took McGovney’s place — all before Metallica even released their first album.

Looking back on the era now, McGovney (pictured above at left) has identified his pick for the tune of Metallica’s that he finds the most disgusting. And just what is it?

It’s the group’s cover of Anti-Nowhere League’s “So What,” as Ultimate Guitar recently pointed out. The song is infamous for its crude lyrics rooted in sexual depravity, bestiality, among other things.

“Most disgusting” is the description the former Metallica bassist gave the cover song amid a discussion on Twitter last week (Oct. 24). His response seems to have been prompted by an earlier tweet about the tune that unofficial Metallica podcast Speak N’ Destroy retweeted.

“Most disgusting song @Metallica ever recorded,” McGovney replied. “James and Lars played the single over and over on my turntable even though they knew I hated it. Not fun times.”

Longtime Metallica fans likely remember the cover song from the band’s 1998 compilation album, Garage Inc. Before that, the recording emerged as the B-side to Metallica’s 1993 “Sad but True” single. The original tune by Anti-Nowhere League was a B-side itself, from the British punk band’s 1981 debut single.

But is it Metallica’s most disgusting song? McGovney sure seems to think so.

What tune do you think is the band’s most disgusting?