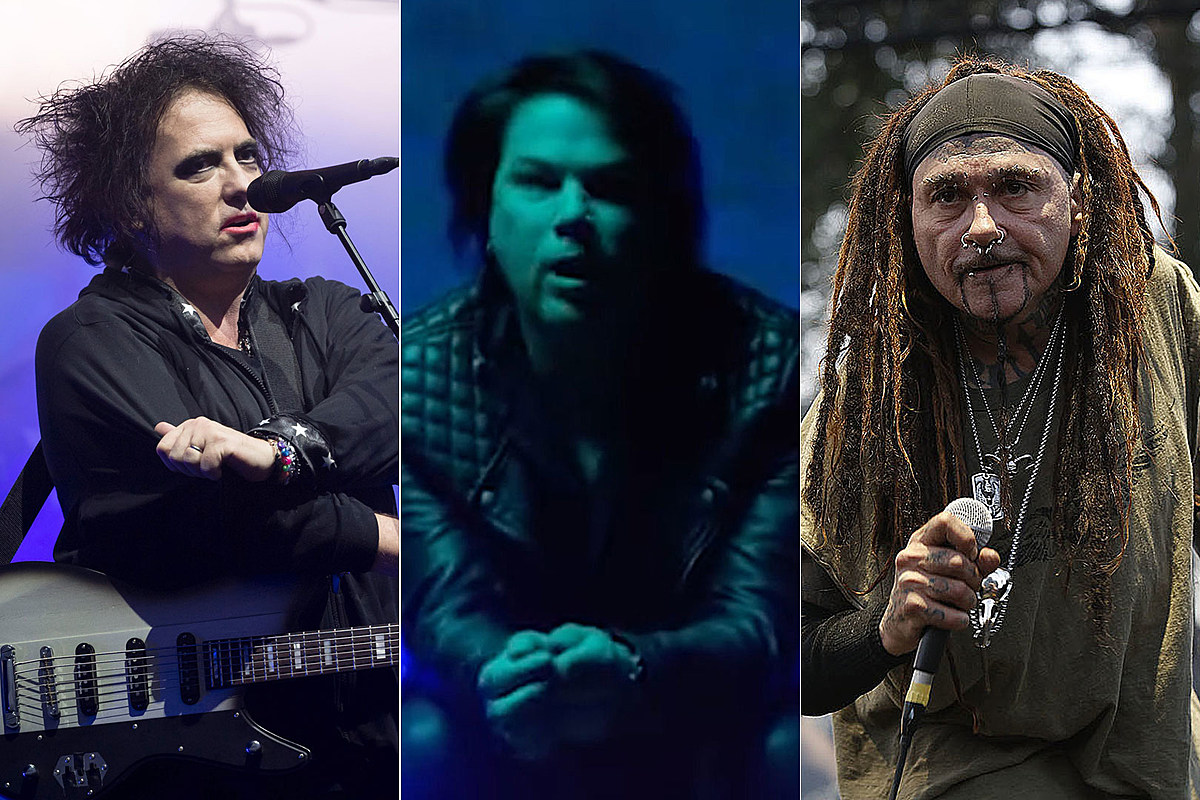 Stabbing Westward have dwelled on the dark side for years and with their recording return in 2020, the band is continuing the fun with a surprise covers EP t**led Hallowed Hymns.

This four-song set features the band’s cover of The Cure‘s “Burn,” which was famously featured in the ’90s film The Crow, along with a “Devil’s Night” remix of the song. Also pulling from the dark sounds of the ’80s and ’90s, the band covered Ministry‘s “(Everyday Is) Halloween” and Echo and the Bunnymen’s haunting hit “The Killing Moon.”

The seeds of the Hallowed Hymns EP came about earlier this fall when the band covered “Burn” for the Cold Waves Festival compilation album. Frontman Christopher Hall says, “2020 has been a shit year. We were supposed to release our new album and tour the U.S. to support it. But clearly that’s not happening. We know Halloween is different this year with no parties and no Trick or Treating so we wanted to give fans something special …. something that will help tie you over until we can release some new music.”

He continues, “We picked these three tracks because, for us, they represent the feeling of Halloween and they were very important songs during our early musical stages. If there were ever two bands that I would say most influenced Walter [Flakus] and I to form Stabbing Westward it would be Ministry and The Cure. From the earliest days of Ministry’s With Sympathy through the evolution of Twitch, they were the band that opened our minds and hearts to industrial music. To be able to reimagine these songs as Stabbing Westward while still trying to pay homage to the brilliance of the original versions was a terrifyingly fun adventure.”

Stabbing Westward made their long-awaited recording return with the Dead and Gone EP back in January and as Hall stated, they expected to record and tour in support of their new album, but the pandemic forced a change in plans.

Hall says, “We have been working on the album so hard for so long that it was really a joy to take a break and explore all these tracks had to offer. As often as you listen to your favorite songs it’s a totally different experience to take one apart and see how it was built. It gave me such an immense appreciation for what these amazing artists created —especially the Ministry track knowing how primitive the gear was that Al Jourgensen had to work with back then with none of the modern tools we take for granted today. He literally created new techniques in the studio that we still use today. He was light years ahead of his time. We hope you enjoy listening to these tracks as much as we have enjoyed recording them.”

If you like what you hear from the new tracks, you can pick up the full set or individual songs via Bandcamp. While the Hallowed Hymns set should tide fans over, Stabbing Westward does expect to return in 2021 with their John Fryer-produced fifth studio album, Wasteland, which would be their first new album in 20 years. Stay tuned for more details as they are released.

Stabbing Westward, “The Killing Moon” (Echo and the Bunnymen Cover)