The Drummer Jimmy Page Waited For 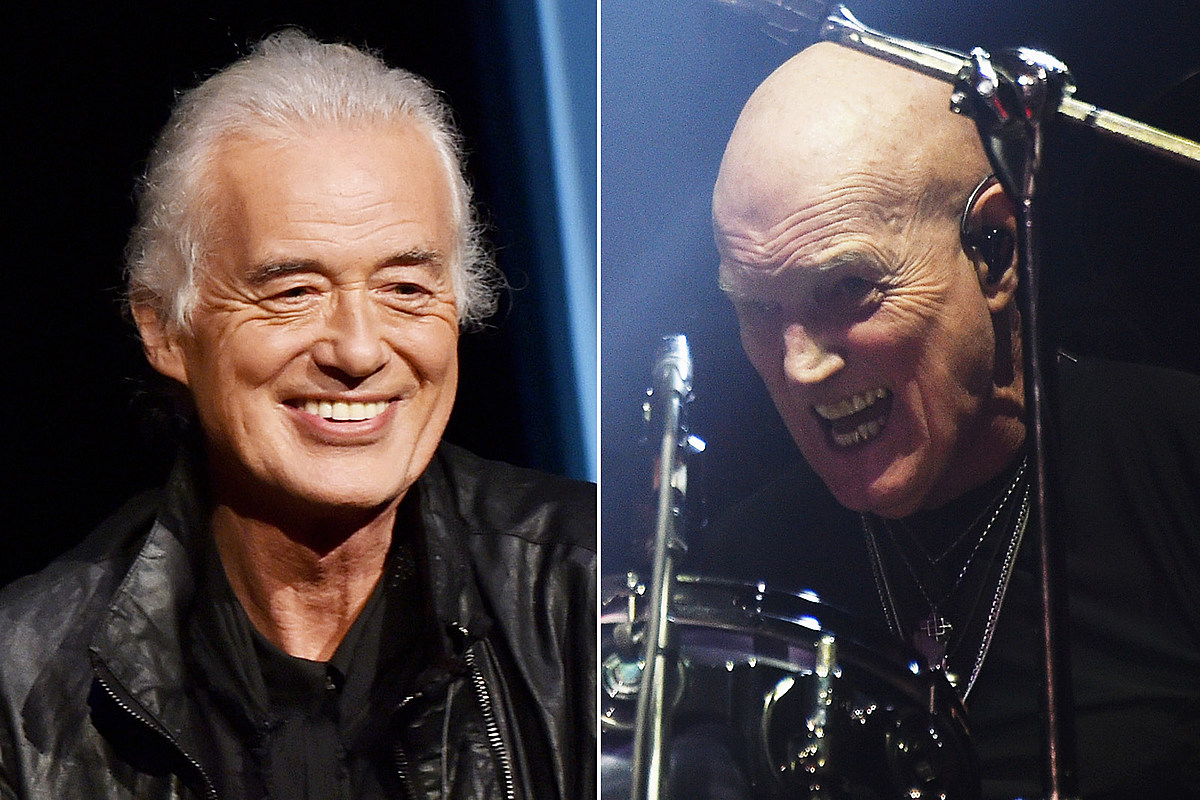 When Jimmy Page put the ‘80s supergroup the Firm together with Paul Rodgers, the Led Zeppelin guitarist placed the project on hold until his drummer of choice was available.

The artist in question was Chris Slade, later known as a member of AC/DC, who’d already worked with Tom Jones and Manfred Mann’s Earth Band when Page placed a call in 1984. But Slade had just received a similar call from Pink Floyd’s David Gilmour and feared he’d blown the chance of working with Page.

“I got this call from Dave Gilmour,” the drummer told Rolling Stone in a new interview. “It was like, ‘Hello, Chris, Dave Gilmour here.’ I looked at the phone to see if I was hearing correctly. ‘I’m putting a band together. I’d like you to play drums.’ I said, ‘Dave, that is absolutely fantastic. But I’m working with Mick Ralphs’ band.’ They were friends, [he and] Mick Ralphs from Bad Company. [Gilmour] said, ‘That’s all right. Mick is doing it too.’ I thought, ‘Oh, fantastic.’ And I said, ‘Okay, Dave. We’ll sort it all out, and I’ll see you soon.’ He said we were going to start in about a month or so.”

Slade took his wife to a nearby pub for “some lunch and some beers” to celebrate his new gig. When they got home, the phone rang again: “I pick up and hear, ‘Hello, it’s Jimmy Page here.’ I’m going, ‘Come on, friend. I know it’s you. Stop messing about.’ ‘No, no, no, no. It really is Jimmy Page. … Me and Paul Rodgers are putting a band together, and we’d really like you to play drums.’”

Slade responded,“Oh! Jim, you won’t believe this … an hour and a half ago, David Gilmour asked me to do a tour and it’s starting in month or so.” The drummer admitted thinking, “Oh, God, that’s the end of it now.” But instead Page said, “That’s all right. We’ll wait.”

The drummer remembered staring at the phone for a time in disbelief, then Page added, “Keep me in touch … we definitely want you to play drums.” On realizing that he landed two big jobs on the same day, Slade’s next move was obvious: “We definitely went to the pub after that. Again.”