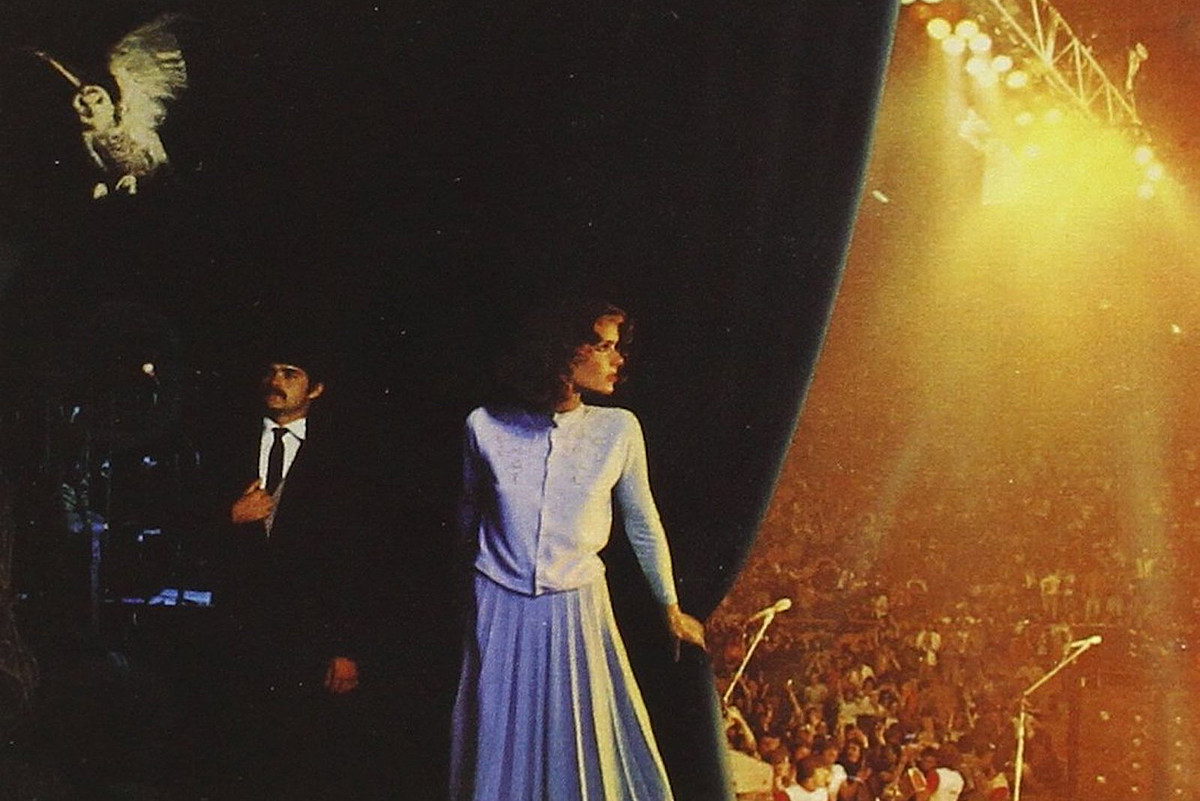 Rush art director Hugh Syme wanted to playfully reference a famous cartoon on the cover of Exit … Stage Left, the prog-rock trio’s 1981 live LP. He was eventually forced to ditch that idea — and while he wound up with an equally compelling image, his original vision would have further spotlighted the band’s underrated playful side.

The character in question was Snagglepuss, the sophisticated, theater-obsessed, anthropomorphic beast who appeared in several Hanna-Barbera shows starting in the early ’60s. The album t**le was a homage to his most famous catchphrase, and Syme pictured a visual that (subtly) matched those words.

“I wanted to do nothing more than just a solid black cover with a pink tail — and probably the back of Snagglepuss’ ankle,” he tells UCR. “A complete nod to Snagglepuss: I just wanted to keep it real pop-art — graphic and simple.”

But that dream died after the animation studio got involved. “We got in touch with Hanna-Barbera, who owned the rights,” he adds. “But apparently the ask on that was prohibitive, so that was quickly nixed. I even asked, ‘Can I at least put a pink tail on there somewhere?’ No one’s gonna know.’ There were too many legal beagles on that one saying, ‘No, better not.'” After that plan fell apart, Syme pivoted to another lighthearted idea: reviving visuals from Rush’s own visual universe.

All eight previous studio albums are represented in some fashion. The front image shows Paula Turnbull, the woman from the Permanent Waves cover, peering out from behind a stage curtain to a live audience; she stands next to Syme’s friend Bobby King, reprising his role as the suit-clad man from the Hemispheres cover; and above him flies an owl (a reference to Fly by Night). The fun continues on the back, with various tips of the cap to Rush, Caress of Steel, 2112, A Farewell to Kings and Moving Pictures.

“We resolved to make the artwork a nod to several of the preceding albums,” Syme says. “I featured those key elements from those albums to make their own cameos in the wings of the stage — we even brought back the actual personnel from those covers.”